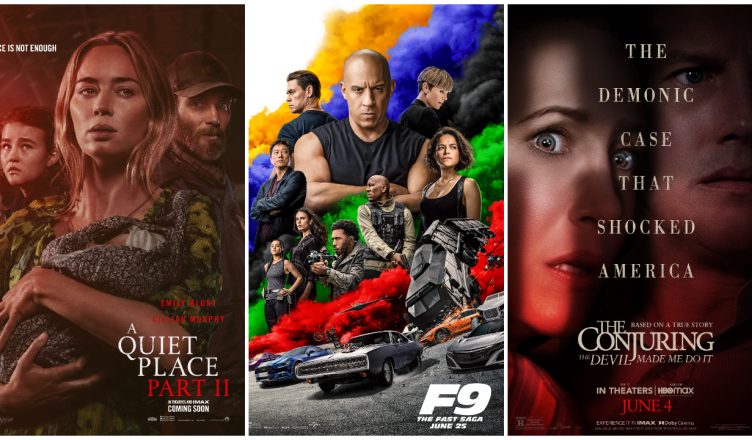 HOLLYWOOD MARKET BACK ON ITS FEET; ALL EYES ON INDIAN BOX OFFICE!

The number of Covid-19 cases has come down considerably in India in the last 40 days. The government in various states has permitted the opening of the economy to an extent. However, due to the possibility of a third wave coupled with insufficient vaccination coverage, there is fear that we might face another outbreak shortly. However, in the long run, things will be better for India, as proved by the performance of countries that have vaccinated a substantial chunk of the population. In the USA, New Zealand, Australia, UAE etc, cases have decreased while vaccination is going great. As a result, its citizens are much more confident to come out. And in these and other countries, the footfalls in cinemas have increased considerably.

The first sign of revival was seen with the release of Godzilla vs. Kong, which was released on March 31, 2021, in the USA and most markets. It was released simultaneously on the digital platform HBO Max. And yet, it had a weekend of $31.6 million. Worldwide, it did a huge business of nearly $443 million. Later, films like Mortal Kombat and Cruella also had a healthy box office run, further proving that the situation is improving. Meanwhile, a Japanese animated film, Demon Slayer The Movie: Mugen Train, also opened well in the USA and other countries.

Then, the much-awaited horror film, A Quiet Place Part II, released in many countries on May 28. Surprisingly, the film had the best weekend post-pandemic in the USA and Canada, collecting $47.4 million. In other words, it collected better than the biggie, Godzilla vs. Kong, on the weekend. This was probably as the confidence of going to cinemas was a little less when Godzilla vs. Kong released two months before. Also, Godzilla vs. Kong was released on HBO Max simultaneously. But A Quiet Place Part II was available only in cinemas. Its weekend earnings led to excitement because these numbers are at par with what the film could have earned pre-pandemic. As of June 21, 2021, A Quiet Place Part II has collected $126.3 million in the United States and Canada, and $96.7 million in other territories, for a worldwide total of $223 million.

Lastly, another hyped horror film, The Conjuring: The Devil Made Me Do It, released on June 4, a week after A Quiet Place Part II. It had a decent weekend of $24 million. Again, like Godzilla vs. Kong, it was available on a streaming platform simultaneously and that must have taken away a chunk of theatrical earnings. Till June 20, it has managed to collect $142.8 million worldwide, which is more than A Quiet Place Part II.

All eyes are now on Fast & Furious 9, which releases almost everywhere tomorrow, on June 25. The series needs no introduction. Its spectacular action scenes make it a must-watch on the big screen. It has already been released in countries like China, Russia, South Korea, UAE etc and has had a great run. It has already earned $292.5 million, more than its budget of around $200 million. Obviously, the collections will get a boost once it releases in the USA, Canada and other countries. It remains to be seen if it can cross the $443 million lifetime collections of Godzilla vs. Kong.

These numbers prove that despite the availability of entertainment options at home, people are desperate to go out and watch films in cinemas, just like in the old times. Hence, even in India, one can expect the box office to get back on track once the Covid-19 threat subsides.