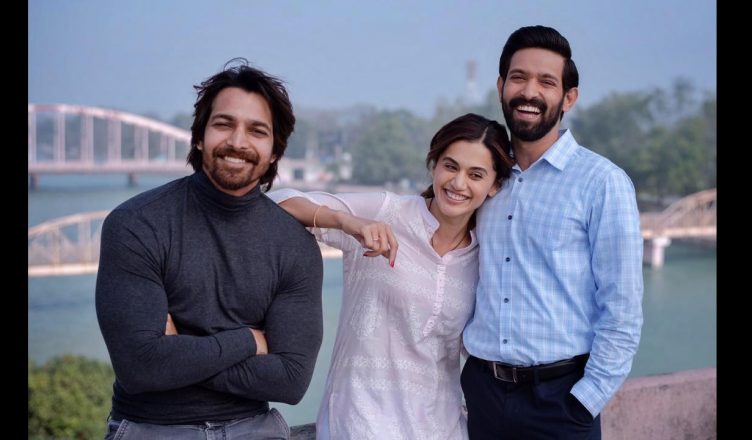 WILL HASEEN DILLRUBA TURN OUT TO BE A GRIPPING WHODUNIT?

The lull in theatrical business due to the second wave has once again prompted several films, intended to release theatrically, to take the OTT route. 2 weeks back, Sherni premiered on Amazon Prime, for instance. And now Haseen Dillruba is all set to arrive on Netflix tomorrow, that is, on July 2. The trailer has been intriguing and got viewers excited.

Haseen Dillruba stars Taapsee Pannu, Vikrant Massey and Harshvardhan Rane and is a murder mystery. From the trailer, it is evident that Vikrant Massey, who plays Taapsee Pannu’s husband, is murdered. Harshvardhan is someone with whom Taapsee allegedly has an affair. The film also features Aditya Srivastava, known for playing Inspector Abhijeet in the popular TV show, CID. Haseen Dillruba is directed by Vinil Mathew, who had debuted with the much-loved romcom, Hasee Toh Phasee. Ananad L Rai has produced it and Kanika Dhillon is the writer.

Recently, there was a controversy when Kanika Dhillon’s credit was prominently mentioned in the trailer of Haseen Dillruba. This is rare in the trailers of Netflix films; in fact, the trailers don’t even mention the director. Navjot Gulati, writer and also who made Jai Mummy Di, alleged that this was possible as Kanika is married to Himanshu Sharma, the co-producer of the film. Kanika, Taapsee and many others reacted sharply to this allegation. However, it ignited a discussion on this issue. Several people hoped that this would be a norm from now on for Netflix films and not an exception. Nevertheless, this episode helped Haseen Dillruba to remain in the news.

Haseen Dillruba looks bold and unconventional. It is rightfully releasing on Netflix as its target audience has a subscription to the streaming platform. Of course, it has to be worth watching to get substantial viewership. However, the presence of popular actors and thrill factor is sure to get many viewers to see it, at least over the weekend.