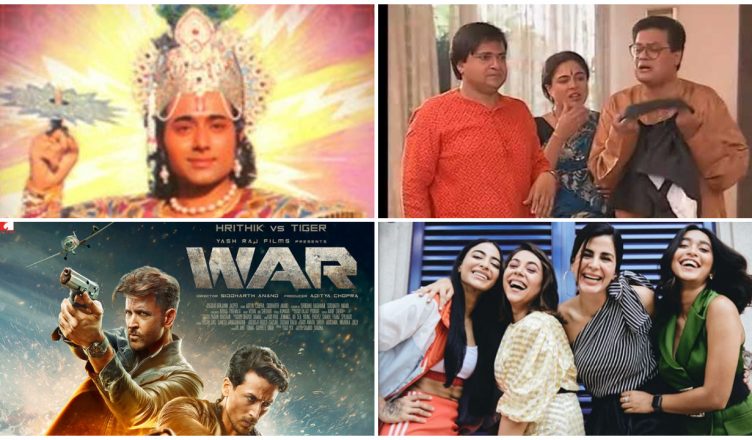 Film is a powerful medium and is widely consumed by people across the country. A major chunk of this population regularly watches movies in cinemas. Sadly, theatres have been shut since more than a month due to lockdown and amid rising Coronavirus cases. Most of the people are locked up in their homes and to tide over their boredom, they have started watching more of television and OTT. As a result, their ratings have increased substantially.

Talking of television, the shoots have come to a halt because of obvious reasons. The channels have therefore started to air old episodes of popular daily soaps. Yet, they are getting good viewership. Meanwhile, a masterstroke was pulled off with the decision to have the re-run of successful mythological shows like Ramayan and Mahabharat. These were aired on Doordarshan, just the way it was done in the late 80s. The response was mind-blowing. Doordarshan emerged as one of the top channels in terms of viewership, which has not happened in a long time. Their other shows like Buniyaad, Shrimaan Shrimati etc too have made a comeback and have been lapped up.

Meanwhile, the movie screenings too have recorded an increase in viewings. Last year’s biggest hit War had its television premiere during lockdown and got a huge 2 crore impressions approx, one of the highest ever. The other films like Housefull 4, Total Dhamaal, Pati Patni Aur Woh etc too are doing very well, more so because of the lockdown.

As for OTT, it too has taken advantage. The subscribers of almost all streaming platforms have increased. Some popular series released new seasons of their shows like Money Heist, Four More Shots Please etc and the response has been very encouraging. Also, viewers have been discovering many more shows and movies which they previously missed because of lack of time. Amusingly, a 2011 film, titled Contagion, became one of the most watched films worldwide. It tells the story of a disease that goes out of control and is eerily similar to the current Coronavirus pandemic.

The lockdown or rather the restrictions are expected to go on till a long time. And if you feel, OTT and TV channels will continue to benefit, then you might be mistaken. There’s a fear that viewers will soon reach a saturation point and might move away from these mediums. At a webinar recently, a speaker remarked that many have consumed the material that they would have otherwise consumed in 3 years in just 3 months! Also, OTT platforms, after a point, won’t have anything new to offer as their productions have halted as well. So a few months down the line, they too will feel the pinch as they’ll struggle to bring out new content. There’s similar fear about re-runs of TV shows as well.

Ultimately, the hope is that the curve gets flattened soon and things get back to normal.