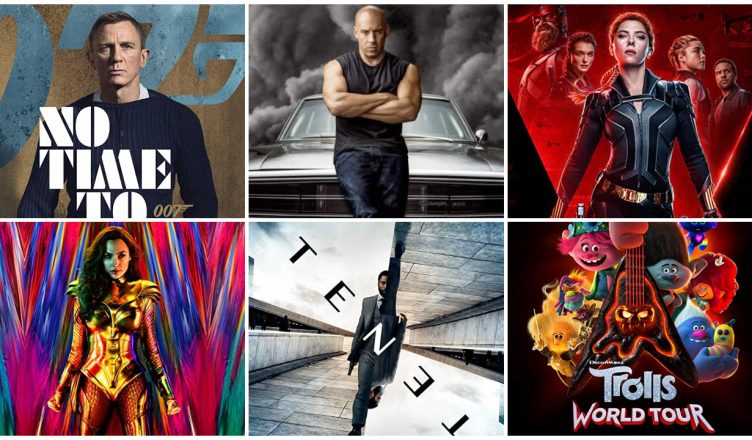 HOLLYWOOD FILMS GET PUSHED DUE TO CORONAVIRUS OUTBREAK

One of the first biggies of Hollywood of 2020 was going to be No Time To Die. It is the 25th film of the popular James Bond franchise and there was a lot of hype for it worldwide. The release date was set for April 10 in most markets and April 3 in India. But then the Coronavirus outbreak caused panic all around the planet. Hence, on March 4, the producers decided to postpone the film to November 12 in United Kingdom and November 25 in the USA. This decision led to shockwaves all over. While some feel it’s justified, many felt it was wrong to push the film by almost 6 months. After all, in the first week of March, the world had not woken up to the fact that this disease is going to cause madness like never before.

If this was not enough, the Fast & Furious 9 makers went a step ahead. This actioner was to release on May 22. In India, it was to clash with 2 other Eid releases – Radhe and Laxmmi Bomb. However on March 12, the makers announced that it has been postponed to, believe it or not, April 2, 2021! The message was clear – there’s fear that the outbreak will take a lot of months to subside.

In no time, other biggies to followed suit. The Marvel film Black Widow was to release on April 30 was pushed to November 6. On this day in November, The Eternals was to come and it was postponed to February 12, 2021. Mulan, which was scheduled to hit cinemas on March 27, will now arrive on July 24, 2020.

Talking of DC films, they were all set to present Wonder Woman 1984 on June 5. It is now scheduled for a release on August 14. The horror flick A Quiet Place Part II will now release on September 4, 2020 after initially being planned for a March 20 release.

Meanwhile, a few films have been moved to digital. Onward released on March 6 but after the outbreak grew bigger, it was released on the streaming platform Disney+. Artemis Fowl, meanwhile, will no longer come to cinemas. It’ll directly arrive on Disney+. Trolls World Tour had a very limited release in USA and has been released on OTT. The release of Kumail Nanjiani’s film The Lovebirds was cancelled and it’ll release directly on Netflix.

There are many more Hollywood movies which have also got postponed. The question in people’s minds is – will these films be able to adhere to the new release dates? Will there be a further postponement? Only time will tell.