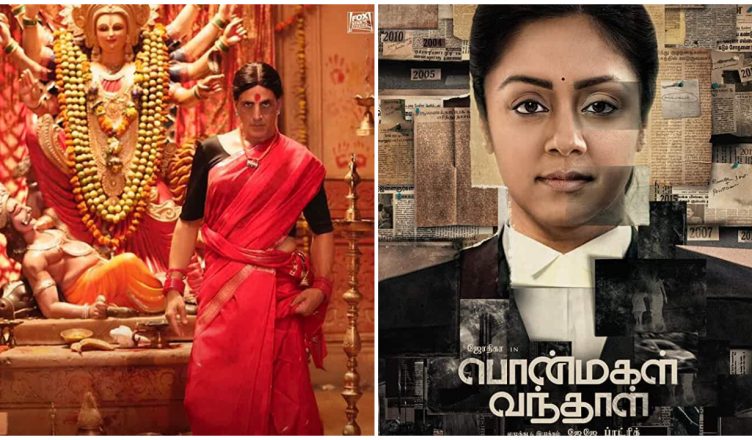 WILL BOLLYWOOD TALK THE OTT BAIT?

With theatres shut on account of Coronavirus pandemic, the film industry all over the world has taken a hit. Bollywood, too, is no exception. We have discussed in the past editions of Bollywood Talk about films that were to release in the months of March, April and May which got sadly pushed as theatres were ordered to be shut. Many of these films were fully ready. And it’s no surprise that the OTT giants have begun to eye these movies.

As we all know, right now, TV and streaming platforms are booming and have got record viewership since people are all locked down in their homes. Hence, they are consuming unusually high amount of content, which they wouldn’t have done if the situation was normal. The OTT platforms obviously are laughing all the way to the bank. But they too are concerned since after a point, they won’t have anything new to offer as even their productions have been halted. Hence, in order to keep the interest going, they have started approaching makers of all the films that were scheduled for release in the near future. One might expect that they’ll approach only filmmakers of smaller and medium-sized films. However, they have been sending feelers to producers of biggies as well. Thankfully, Reliance Entertainment, the producers of ’83 and Sooryavanshi, have refused to take the bait and are preferring to wait. Same with Salman Khan-starrer Radhe.

However, the industry and trade were left shocked as it came to light that Fox Star Studios, Akshay Kumar, Tusshar Kapoor and Shabinaa Khan are in advanced talks with Disney+ Hotstar for their film Laxmmi Bomb. It has Akshay in the lead and is one of the biggest and one of the most awaited films of 2020. It was to in fact clash with Radhe on Eid 2020. Hence, many were astonished that such a big film is opting for direct-to-digital release. There’s no confirmation on how much Disney+ Hotstar is offering them but it surely must be an excessive amount.

The Laxmmi Bomb makers haven’t still signed on the dotted line. However, the fact that they are in talks and that they haven’t denied the reports has led to anger and even concern among the exhibitors. The theatres have been shut since mid-March and are running into heavy losses. They don’t just have to pay salary employees but also bear the overhead costs. Also, once cinemas began, they’ll have to further invest in sanitation measures, which will further give them a financial blow. Hence, they are just hoping that more and more big films release so that they can earn profit. And Laxmmi Bomb is one such film which they were looking forward to big time. As a result, the speculations of it going on Disney+ Hotstar has naturally infuriated them. They are also worried that filmmakers of many smaller and mid-sized flicks might also follow suit, motivated by Laxmmi Bomb episode. That, in turn, will led to closure of some cinema halls and loss of jobs for it’s staff.

The scenario arose in the South as well but there, the exhibitors have much more power and have resorted to extreme measures. When it came to light that Ponmagal Vandhal, produced by Suriya’s wife Jyothika will come directly on Amazon Prime after it failed to release on March 27 as it scheduled, it led to a lot of brouhaha. The Tamil Nadu Theatre and Multiplex Owners’ Association have in fact threatened to ban films produced by or featuring Suriya if Ponmagal Vandhal directly arrives on OTT. It won’t be a surprise if our theatre owners also take a similar, drastic step.