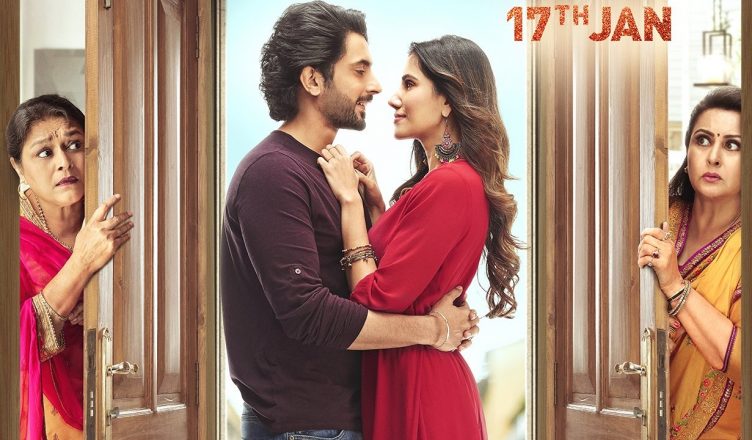 WILL JAI MUMMY DI TAKE ADVANTAGE OF THE ONE-WEEK WINDOW AND EMERGE A HIT?

Luv Ranjan has emerged as a mini industry in himself. He has launched new faces, out of which Kartik Aaryan is already on the way to stardom. The rest of them like Sunny Singh and Sonnalli Seygall have also got a chance to feature in his films and get popular. Both of them will now be seen in Jai Mummy Di, a film produced by Luv Ranjan and the firs. It releases tomorrow and is one of the few films of the year to get a solo release! It is an important film in the sense that it marks the beginning of the collaboration between Luv Ranjan and Yash Raj Films‘ distribution network!

Jai Mummy Di marks the directorial debut of writer Navjot Gulati. Besides Sunny Singh and Sonnalli Seygall, the other two main actresses of the film are Poonam Dhillon and Supriya Pathak. As the title suggests, the film’s core plot is about the mothers of the hero and heroine and how they lead to madness. The film is ready since a long time and the makers had scheduled it’s release for tomorrow many months ago. Probably they rightfully pre-empted that this week will have no big release as next week is Republic Day, which is when biggies will arrive. So they can have a nice one-week window which can prove advantageous for them. The songs have got noticed but haven’t become chartbusters. However, there’s slight awareness about the film which is good for such kind of a film.

Jai Mummy Di, however, has plenty of challenges to face. The trailer has received mixed response. Also, the film mainly has chances in the North due to the local flavour. The last week’s Tanhaji: The Unsung Warrior, is going super-strong everywhere and will be the first choice of moviegoers. Also, with Oscar nominations announced, this week’s films like 1917 and A Beautiful Day In The Neighbourhood, and the biggest Hollywood film of the week, Dolittle, will take screen space and some amount of collections.

Sunny Singh’s first film of 2019, Jhootha Kahin Ka, took an opening of Rs. 47 lakhs. His other film, Ujda Chaman, meanwhile, opened at Rs. 1.79 crore. Jai Mummy Di will open somewhere in between in the range of Rs. 60 lakhs-1 crore. The film has to be really extraordinary to grow and emerge as a commercial hit. After all, next week sees the release of two important films, Street Dancer and Panga. But trailer has given an indication that the content of the film is not strong. As a result, it seems like it’ll have a lifetime of less than Rs. 10 crore.

WOULD YOU LIKE TO SE JAI MUMMY DI AND WHY? DO LET ME KNOW!