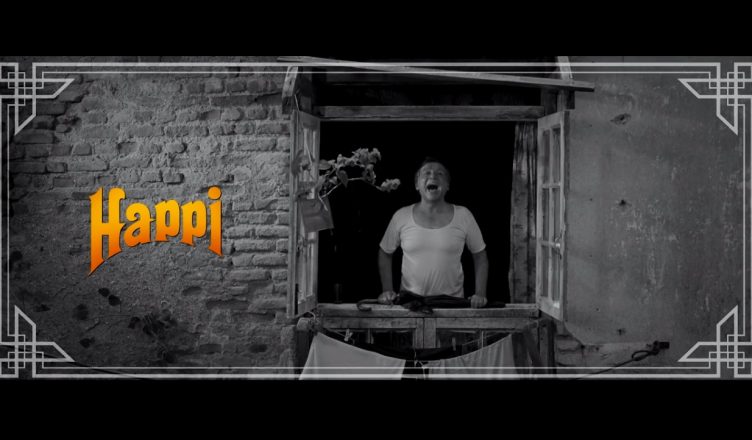 Happi is a nearly 10-year-old delayed film, directed by Dharm director Bhavna Talwar. It stars Pankaj Kapur in the lead role of a social misfit and simpleton who struggles when his workplace, Café Bombay, turns into a hip, upmarket lounge called Club Mumbai! The entire film is in Black-and-White and reminds one of movies like Barfi, Pushpak and even Charlie Chaplin movies. The film is sweet, touching and even poignant. Although a few sequences are too difficult to digest, especially the way the lead character is so naïve, the impact is still made. Pankaj Kapur is terrific to say the least and delivers one of his most accomplished performances. It’s amazing how he gets totally into the skin of the character. Interestingly, he has also given the story idea. Hrishitaa Bhatt provides the glamour quotient and effortlessly slips into the role of a singer. She proves yet again why she deserves to be seen more. Supriya Pathak is decent and her role seems unconvincing. Nakul Vaid is apt while Farookh Mehta is lovely as the cafe owner. Manoj Pahwa, Tejaswini Kolhapure and Raaj Seluja plays their parts well. Sahil Vaid (who played Varun Dhawan‘s friend in the Dulhania series) has a cameo but gets noticed. Special mentions should also go to Ilaiyaraaja’s background score (opera-style music works; teams from Budapest were also involved), Martin Grosup’s cinematography and Fali Unwala’s production design (also has a cameo in the movie). All in all, Happi, available on Zee 5, surely deserves a watch for the effort, Pankaj Kapur’s performance and touching narrative!