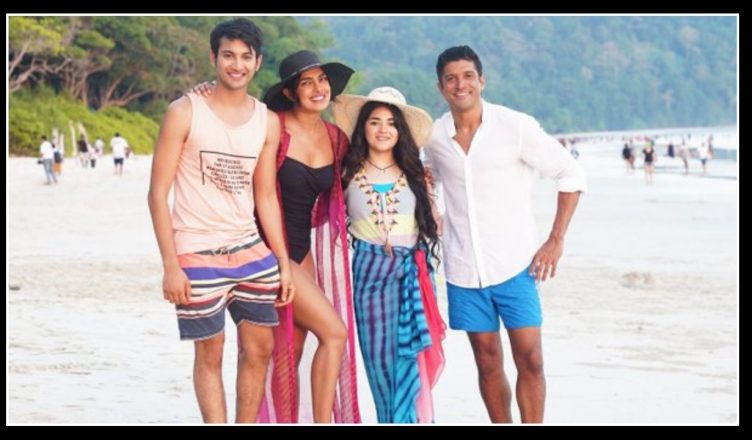 WILL THE SKY IS PINK SUCCEED DESPITE CHALLENGES?

Last week saw the release of 3 significant films that took away almost all the screens in most parts of the country. This week, 2 films were scheduled to release and one of them, Lootcase, has been indefinitely postponed. In between, the makers toyed with the idea of having a digital release but then they changed their mind. Hence, The Sky Is Pink is the solo release of the week. Funnily, next week, as many as 9 films are going to hit screens! Most of them are too small and they should have ideally made it to cinemas tomorrow, especially after Lootcase got out of the rat race.

Coming back to The Sky Is Pink, the film looks niche but has potential to excel in metros. It stars Priyanka Chopra and hence this is her first Hindi film in 3 ½ years, after Jai Gangaajal. The other actors in the film are Farhan Akhtar, Zaira Wasim and Rohit Saraf. It’s directed by Shonali Bose, whose previous films, Amu and Margarita With A Straw, have been critically acclaimed. The film is based on the true story of Aisha Chaudhary, a motivational speaker who was diagnosed with a Pulmonary fibrosis, and who died in 2015 at the age of 19. The various interviews of Shonali and Priyanka have added to the buzz among its target audience. In Priyanka’s words, “The whole thought behind the story is, why not celebrate the life that a person lived, instead of living through the sorrow attached to him or her not being there.” Moreover, it also came to light that Shonali Bose too have faced a similar tragedy as Chaudharys since she lost her son Ishan in a freak accident in 2010. With such a beautiful story and terrific star cast, The Sky Is Pink can work big time if handled well.

Sadly, the film is facing many challenges. It was premiered at the prestigious Toronto International Film Festival and the reviews have been mixed. A section of viewers and critics raved about the film’s plot and the work of the actors while the rest have slammed the film heavily. On IMDb, it has a rating of 5.1 out of 10. The music of the film is composed by Pritam Chakraborty, and he has collaborated with lyricist Gulzar. Sadly, the songs haven’t worked at all. Moreover, as aforementioned, the subject is too niche and as a result, the film has a chance in urban multiplexes.

Due to these factors, a huge opening is not possible for The Sky Is Pink. The opening will be around Rs. 3 crore and might be a little higher if word of mouth is very positive. A weekend of Rs. 14-15 crore will be ideal and it can have a lifetime of Rs. 40 crore since the next week’s release don’t seem exciting due to which it can have a clean run till Diwali. However, if public reports are bad, the film is bound to have a very tough time at the box office.

WOULD YOU LIKE TO SEE THE SKY IS PINK AND WHY? DO LET ME KNOW!