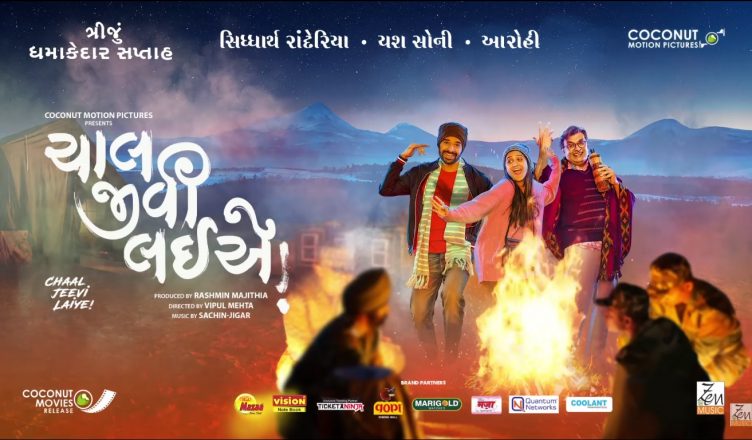 On October 2 this year, all movie buffs were venturing out to experience War, Joker and Sye Raa Narasimha Reddy on the big screen. But in Inox Raj Imperial in the city of Surat, Gujarat, there was one more film that was drawing huge crowds – Chaal Jeevi Laiye. Despite such a tough competition from the new releases, Chaal Jeevi Laiye was running in 3 shows and was able to pull 350 viewers, that too in its 35th week! And it’s hardly a surprise anymore since the film is on a record-breaking spree ever since this film released on February 1, 2019. Filmy Fenil had exclusively revealed the journey and success story of the film and how it has emerged as the biggest grosser of Gujarati cinema, earning more than Rs. 50 crore gross.

And now we bring to you another exclusive revelation. This much loved film is all set to be remade in multiple languages! CEO of Coconut Motion Pictures, Ritesh Laalan, says, “We are now remaking Chaal Jeevi Laiye in Hindi. Vipul Mehta would again be the director. We are already in talks with the actors and the film will go on floors in September 2020. We want to shoot the film in Uttarakhand with the greenery at its finest and hence we chose this particular month.”

Instead of parting with the rights of the film, the producers have decided to instead produce the remakes themselves. Producer Rashmin Majithia tells, “A lot of people approached us for the remake rights not just in Hindi but also for Tamil, Telugu, Marathi and Punjabi. However, we don’t want to part with the rights. Instead, we’ll like to also produce the remakes. So we start with Hindi first and then in future, we’ll produce the Tamil and Telugu adaptations of Chaal Jeevi Laiye.”

Chaal Jeevi Laiye is the story of a workaholic son who takes his terminally ill father to a holiday in Uttarakhand to fulfill the latter’s last wish. On the way, they meet a girl named Ketki and the trio take an unexpected and most satisfying journey of their lives. Starring Siddharth Randeria, a superstar of Gujarati theatre and cinema along with Yash Soni and Aarohi Patel, it is directed by Vipul Mehta and has music by Sachin-Jigar, who has also made a mark in Bollywood. Chaal Jeevi Laiye was also one of the 28 films shortlisted by the Film Federation of India for official selection at the 92nd Academy Awards.

In its 34th week, Chaal Jeevi Laiye was running in 10 cinemas in Gujarat. Ever since the film completes 100 days, the producers are donating their entire share for the cause of the old people. Rashmin Majithia tells, “From 100th day onwards, we announced that whatever the film will earn, we’ll use it for the service of old people. Every week we publish an ad of the film in newspapers where we mention that if you are watching this film now, the proceeds are going to charity.”