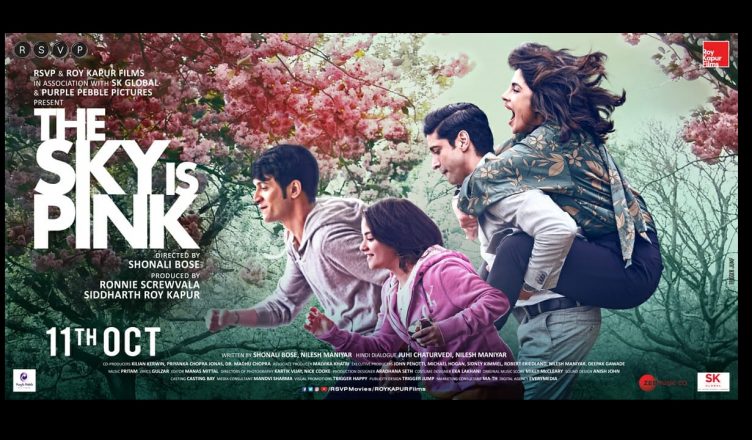 The Sky Is Pink tells a beautiful, moving, and true story of the Chaudharys, and how they survived through thick and thin when their daughter is diagnosed with a terminal illness. Shonali Bose has handled some of the moments beautifully and you can’t help but get moved by the goings-on. On the flipside, the film jumps across timelines too much. The makers didn’t want to make the goings-on heavy and wanted to keep the mood light. Hence, a few dialogues are designed to induce laughs. But it doesn’t work all the time. Also, to use a funny and peppy background score during tragic and sad scenes makes for an awkward watch. The life of Aisha Chaudhary is fascinating but it’s shocking the makers didn’t explore some of the important moments of her life and they instead simply touched upon it for a few seconds. Performances however are exemplary. Priyanka Chopra dominates the film and it’s a pleasure to see her in a Hindi film after ages. She has a very difficult part and excels. Zaira Wasim too has a challenging character and she effortlessly slips into the character. Farhan Akhtar too gives his best and is quite endearing. Rohit Saraf is a surprise and is a part of two of the best scenes of the film. All in all, The Sky Is Pink is a decent, one-time watch although it had the potential to be the most touching film of the year. Nevertheless, watch it for the performances, the concept and some moving scenes!