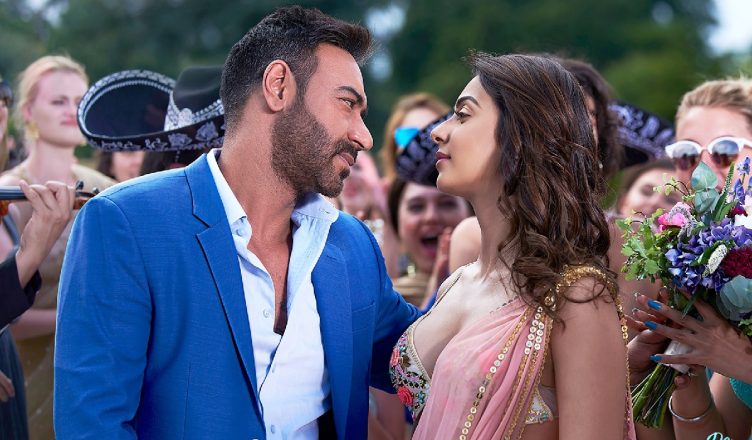 WILL DE DE PYAAR DE GET LOT OF PYAAR FROM THE AUDIENCES?

The IPL has ended and with just one phase of polling left now, the major obstacles have been done away with. The ICC Cricket World Cup 2019 commences on May 30. Hence, films can now score as there’s nothing coming in their way till that time. Yes, there’s the Ramzan period going on when a section of audiences stay away from films. But over the years, it has been observed that despite Ramzan, many films have worked and done great business.

Hence, a lot of expectations are set on De De Pyaar De, which releases tomorrow. It stars Ajay Devgn, Tabu and Rakul Preet Singh. It is produced and written by Luv Ranjan, who directed much loved films like Pyaar Ka Punchnama and Sonu Ke Titu Ki Sweety. Editor Akiv Ali makes his debut as director. The film’s plot is funny and relatable. Ajay plays his own age (50) and his character falls in love with a girl almost half his age. The rest of the film is about what happens when he takes the girl to meet his family and ex-wife. The trailer is very entertaining and gives out the correct vibe. The film like Sonu Ke Titu Ki Sweety seems to have some naughty stuff but at the same time is also a family film. And we all saw how Sonu Ke Titu Ki Sweety worked and even crossed the Rs. 100 crore mark.

De De Pyaar De’s buzz is there but is not very high. Songs haven’t worked, which was not the case in Sonu Ke Titu Ki Sweety. Also, it looks a bit of an urban comedy and B and C centres might not see super-hit collections. And of course, the Ramzan factor might affect but only marginally. De De Pyaar De is set for an opening of around Rs. 10 crore and might go even higher if response is positive. It also has paid previews today from 8 pm onwards. So, around Rs. 2 crore can be expected from these shows.

WOULD YOU LIKE TO SEE DE DE PYAAR DE AND WHY? DO LET ME KNOW!