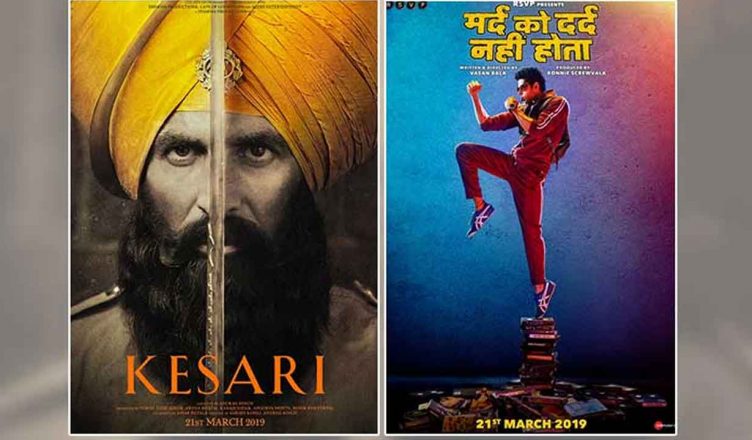 WILL KESARI MANAGE TO SCORE AT THE BOX OFFICE?

The Holi weekend is here and just like any other major festival, this is also quite a beneficial period. Although a few multiplexes and theatres are shut till 1-2 PM, it doesn’t matter as viewers come out in hordes on this day from afternoon or evening. Last year, morning shows of Sonu Ke Titu Ki Sweety recorded good occupancy despite being the film in it’s 2nd week! Hence, if a biggie releases on Holi, it can surely do great collections. Tomorrow, on the day of colour, it is Kesari that will hit theatres and it’s all set to open big!

Kesari stars Akshay Kumar and Parineeti Chopra and is directed by popular Punjabi director Anurag Singh. Karan Johar’s Dharma Productions is one of the co-producers. Initially, Salman Khan Films was also associated with Kesari but then backed out. This is a period action film and talks about the Battle Of Saragarhi. It’s an unbelievable episode as 21 Sikh soldiers fought against an army of 10,000 Afghan invaders. A lot of filmmakers tried to make a film on this subject. Randeep Hooda in fact partly shot for a film on similar subject, directed by Rajkumar Santoshi. Kesari thankfully had a first mover advantage. The film looks grand and spectacular. That it’s an action and emotional story has further made it a film to watch out for.

Kesari has a four-day weekend with the first day being a National Holiday of sorts. The protagonist is a sardar and hence, North India will surely welcome this film with open arms. Also, Akshay Kumar is a huge actor. As a result, the opening can be as high as Rs. 25 crore if all goes well! Friday is non-Holiday and therefore, the collections will drop. But Saturday and Sunday collections can again be high. If the response is extraordinary for the film, then Kesari will FINALLY be Akshay Kumar’s first film to cross the Rs. 200 crore mark! A not-so-great or bad word of mouth will prove detrimental, though Rs. 100 crore is definitely on.

Kesari is not the solo release however. The other film that releases tomorrow is Mard Ko Dard Nahi Hota. It marks the debut of Bhagyashree’s son Abhimanyu Dassani and also stars Radhika Madan, Mahesh Manjrekar and Gulshan Devaiah. Although it has made it to several film festivals around the world, it looks like a fully commercial film. But it also seems niche and awareness for the film is very less. As a result, the opening will be poor although the Holi holiday factor might help it get an opening of around Rs. 1.50 or 2 crore. If word of mouth is very positive, Friday collections can be similar or even more. If response is bad, then it’ll crash in the weekend itself.