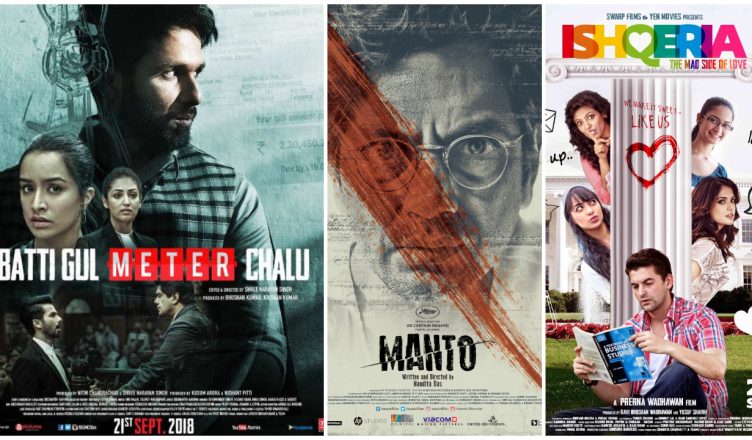 AFTER 2 DRY FRIDAYS, WILL THE AUDIENCE COME TO CINEMAS IN HORDES FOR BATTI GUL METER CHALU?

The last 2 Fridays have been disappointing for Hindi films, box office wise. Last Friday was slightly better than the previous one with Manmarziyaan putting up respectable numbers. But yet, it has been an underperformer. This Friday will see the release of 3 films, out of which the first one has potential. My analysis:

BATTI GUL METER CHALU: It stars Shahid Kapoor, Shraddha Kapoor, Yami Gautam and Divyendu Sharma and is directed by Toilet – Ek Prem Katha director Shree Narayan Singh. The film talks about the problem of electricity theft and inflated electricity bills which is quite common in rural areas. The trailer is hard-hitting and has some light, funny moments as well. It seems to be in the zone of Jolly LLB. The locales of Tehri are very well shot. Songs have got noticed but haven’t worked big time as such. The buzz is also limited and the film can open in the Rs. 5-6 crore range. The figure might go higher if the word of mouth is too positive. If this film gets a good response, it can have a healthy run at the box office. Sui Dhaaga, which releases next week, is a big release and it’ll surely dent into its collections in Week 2. But if Week 1 figure is good, then Batti Gul Meter Chalu can sustain in the forthcoming weeks as well!

MANTO: It is based on the life of controversial writer Saadat Hasan Manto. It marks the return of director Nandita Das after Firaaq which released almost 9 years ago. Nawazuddin Siddiqui stars in the leading role in this film which also features Rasika Dugal, Tahir Raj Bhasin. Rishi Kapoor, Javed Akhtar, Neeraj Kabi etc feature in cameos. The trailer of the film has been liked and the film has done the rounds of several film festivals. However, it looks too niche. The opening day figures can be very low, in the Rs. 1-1.50 crore range. A good word of mouth will help the film to sustain in the urban high-end multiplexes.

ISHQERIA: It stars Neil Nitin Mukesh and Richa Chadha and is directed by Prerna Wadhawan. The film went on the floors almost 5-6 years ago and came to a standstill when Prerna’s father and the film’s producer Ravi Wadhawan passed away in a road mishap. Due to the delays and rising costs, the promotions are low-key. Sadly, the buzz is negligible for the film and many are not even aware that this film is releasing. Also, the theatrical trailer is badly cut and doesn’t look great. The opening hence can be disastrous, in the range of Rs. 30-40 lakhs.