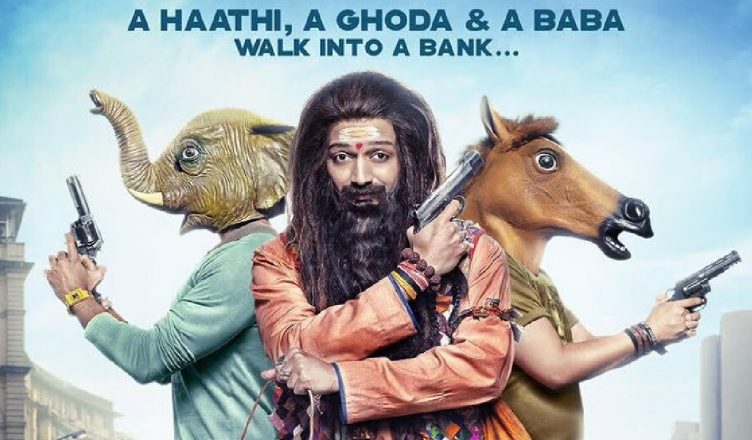 WILL A DELAYED FILM WORK AT THE BOX OFFICE?

Bank Chor went on floors way back in second half of 2014. As per reports, the film’s shoot got over in no time. But it’s releasing now, that is, almost 3 years later. No specific information is available as to why this happened. It is often seen that films that lie in cans for a long time are often not that great and are purposely postponed by the makers as they try to edit, reshoot scenes etc to salvage the film as much as possible. Dulha Mil Gaya (2010), Ungli (2014), Bombay Velvet (2015) etc are recent examples of films that were delayed and they all disappointed the viewers. Also, at times, the delayed film starts looking dated, as it happened with Dulha Mil Gaya. In that regard, Bank Chor stands out as it looks absolutely fresh. Also, when a film keeps getting delayed, it gives rise to a negative perception. Surprisingly, Bank Chor is devoid of any such negative vibes.

The film is a comic bank heist drama starring Riteish Deshmukh, Vivek Oberoi and Rhea Chakraborty. It is the last feature film of Y-Films, which is now focusing solely on web series. It is directed by Bumpy, who also directed Y-Films’ first film, Luv Ka The End (2011). The trailer is impressive and the film promises loads of laughs. Most importantly, it’s a clean entertainer and hence, the film can be an ideal family entertainer. Costs are reasonable and the film can turn out to be a decent commercial success.

Sadly, the film’s hype is limited. Also, it releases a week before the monstrous biggie Tubelight will flood the theatres. Hence, Bank Chor has just one week to make a mark at the theatres. Whether it gets a positive response from the audiences and sustains well remains to be seen!