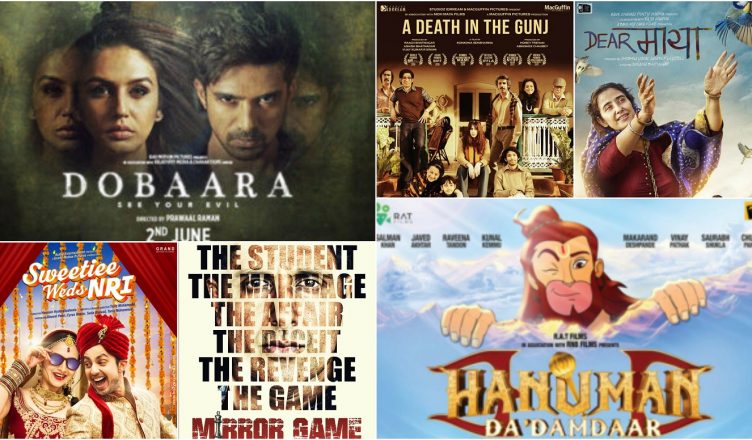 It’s that time of the year again when multiple small films will try their luck at the box office. What’s unique about tomorrow is that these Hindi films not only have to contend with themselves, they also have to face competition from Hollywood biggies like Baywatch and Wonder Woman and a big Marathi film (FU, starring Sairat actor Akash Thosar). My analysis of these films:

DOBAARA: It is the official remake of the well-loved Hollywood horror film Oculus. It stars real-life siblings Huma Qureshi and Saqib Saleem. The trailer looks good and if it’s as good as the remake, then it can make a mark in the metros at least. The hype however is limited and looks quite niche. Hence, the reach will be limited despite good response.

A DEATH IN THE GUNJ: It marks the directorial debut of Konkona Sen Sharma and stars Vikrant Massey, Konkona Sen Sharma, Ranvir Shorey, late Om Puri and many others. It is a period film based in 1979 in a small gunj. The film has been screened at various festivals and response has been highly positive. Sadly, it’s a very niche film and such films never succeed commercially.

DEAR MAYA: It marks the return of Manisha Koirala after a hiatus. The trailer promises an interesting fare. Again, the excitement is zero and this will surely lead to very poor collections.

HANUMAN DA DAMDAAR: It is an animated film and based on Lord Hanuman with a difference. That’s because the gods here are seen in talking in contemporary Hindi. Salman Khan himself has voiced Lord Hanuman. However, this casting coup hasn’t yielded any results and the film is all set for a poor opening.

SWEETIEE WEDS NRI: It stars Yaariyan actor Himansh Kohli along with The Expose heroine Zoya Afroz. The trailer is decent and the songs are eye catching. But the hype isn’t much that will pull audiences to theatres. The collections in fact can be disastrous.

MIRROR GAME: Getting audiences to see a psychological thriller is always difficult. And when the star cast is weak (but talented) like Parvin Dabas, Pooja Batra and Omi Vaidya, the chances of its success are even weak. Mirror Game can have the poorest collections of all these films sadly though it can be a thrilling fare.

WOULD YOU LIKE TO SEE ANY OF THESE FILMS AND WHY? DO LET ME KNOW!