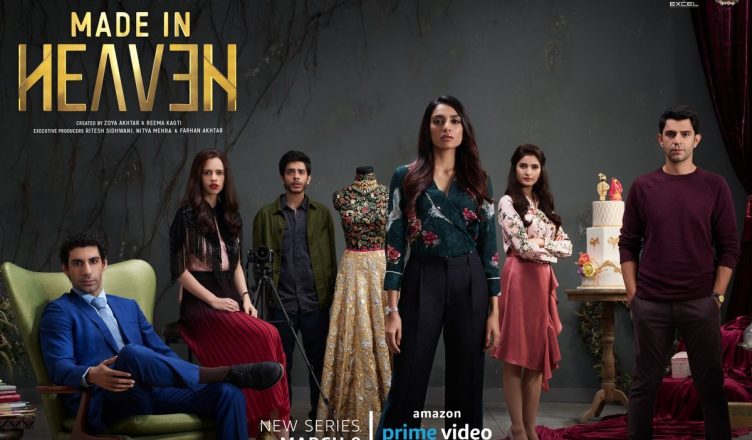 Made In Heaven is an is an Amazon Prime original web series created by Zoya Akhtar and Reema Kagti. It was a great pleasure to binge-watch its first 3 episodes on the big screen, courtesy the #JioMAMIFilmClub! Made In Heaven talks about a wedding planning organization, named Made In Heaven, and each episode deals with the madness that the employees have to go through and ensue before the dulha and dulhan tie the knot. At the same time, there’s a track of each prominent character from Made In Heaven and it keeps progressing with each episode. The first two episodes are directed by Zoya Akhtar herself and is quite entertaining and amusing. The first episode takes some time to come around but once it does, it goes on a high. The second episode is a riot. The scenes of Pulkit Samrat and Manjot Singh would bring the house down. The third episode, directed by Nitya Mehra, is decent but the first two episodes leave a far better impact. However, the way the third episode ends is a shocker. So now me and others who saw it would definitely be curious as to what happens next. There are tons of actors in this series. But talking about the leads, Arjun Mathur scores a sixer. He plays a complex character but does it with finesse. Sobhita Dhulipala makes the maximum impact. We have seen her in a few films before but in Made In Heaven, she goes on another level. She looks completely in her character as the boss who knows how to get things done, by hook or by crook, but who’s also facing a crisis back home. I hope she is inundated with big offers post this series as she really deserves it. Shashank Arora is a delight to watch. Everytime he’ll come on screen with his DSLR in hand and smirk on face, I can’t help but smile. He’s also one of the big reasons why I am going to watch all the rest of the episodes without fail. Same goes for Shivani Raghuvanshi (who incidentally was also seen with Shashank in Titli). Her character is so touching and sweet and she plays it with aplomb. Kalki Koechlin, Jim Sarbh, Vinay Pathak, Dalip Tahil and Yashaswini Dayama are fine. Pulkit Samrat, Manjot Singh, Dalai, Suresh Oberoi, Neena Gupta, Pavail Gulati, Deepti Naval and Rahul Vohra also leave a mark. Made In Heaven premieres on Amazon Prime on March 8 and definitely seems like a must-watch!

One thought on “(Crisp) Review: MADE IN HEAVEN (First 3 Episodes) by FENIL SETA”