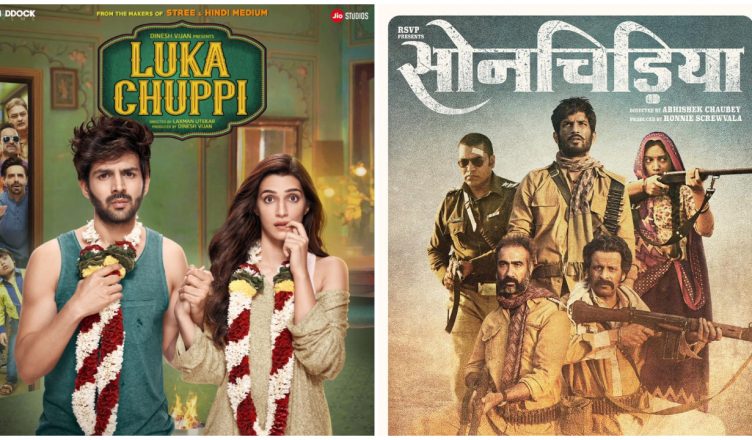 After the release of two significant films over the last two weeks – Gully Boy and Total Dhamaal – it’s now time for a slew of small and medium-budget films. In fact, except for Kesari, the entire month of March and half of April is dominated by such films. Tomorrow, it’s the time for two moderately-priced movies, out of which one has a better chance to score. My analysis:

LUKA CHUPPI: It’s the first film of Kartik Aaryan after the super-hit Sonu Ke Titu Ki Sweety. Hence, the curiosity and buzz is there. The film looks interesting and his pairing with Kriti Sanon has also got noticed. The plot seems interesting and can make for a nice watch if made well. It’s also in the lines of loved films like Bareilly Ki Barfi and Shubh Mangal Saavdhan. Talking of music, it shockingly has only recreated songs. ‘Poster Lagwa Do’ however has become a chartbuster and the other songs are also being liked. The hype is not that huge. But it should attract youth and have an opening of around Rs. 4-5 crore. If the film has a strong family element, then it can sustain even better. Sonu Ke Titu Ki Sweety also initially seemed like a youth-based film. But when it came to light that family members of the lead characters also has a crucial part and is well executed, families started coming out to see it. Luka Chuppi can also have that advantage and can score. If response is bad however, it can crash from Monday.

SONCHIRIYA: It is directed by acclaimed director Abhishek Chaubey of Ishqiya and Udta Punjab fame. It stars Sushant Singh Rajput, Bhumi Pednekar, Manoj Bajpayee and Ranvir Shorey. Based in Chambal valley in 1975, it focuses on a gang of dacoits. The trailer promises some realistic drama and gory action. It also indicates that the makers have worked hard in giving the audiences as real an experience as possible. However, at the same time, it’s too niche. The CBFC has given it an adults-only certificate. As a result, the business won’t be huge even if the response is positive. It can take an opening in the range of Rs. 2-3 crore. Business can zoom upwards from Saturday and Sunday and sustain well in coming weeks, if response is positive. A lifetime of Rs. 35-40 crore would be good enough for the film.