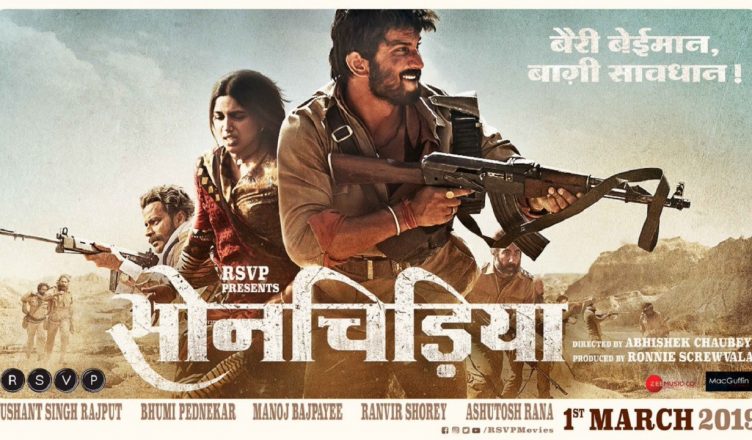 Sonchiriya is a gripping fare, executed very well by master director Abhishek Chaubey. From the first scene itself, you are sucked into the bad, lawless world of Chambal. It takes a while to get a hang of the dialect, the characters and their equation with each other. But once that happens, there’s no looking back. The confrontations are dramatic and the action scenes are raw, gory and real. The way the secrets tumble out make the proceedings even more interesting. On the flipside, the film is quite complicated. This is more so on the second half. In fact, one has to be very attentive, especially in the finale. There’s one crucial angle which honestly speaking, I failed to comprehend. I guess I’ll need repeat viewing but even those who got the film completely would enjoy watching it again as one is sure to find and discover nuances which might have been missed earlier. Very few Hindi films boast of such a feat. Lastly, except for the title song, none of the songs are memorable. Talking of performances, Sushant Singh Rajput as always is in top form. One might miss his entry in the narrative – he has blended that well in his character and in the gang in the film. His performance is spot on and he looks very endearing in the light-hearted scenes. Bhumi Pednekar gets to play a very interesting role and is effective. Manoj Bajpayee dominates everyone in the film but sadly has a very small role. I wish to see more of him! Ranvir Shorey is too good, especially in the second half. Watch out for Sampa Mandal as Phuliya…what casting! Others also give their best. All in all, Sonchiriya is a genuine attempt, made without focusing more on the commercial aspects and with the intent of telling a story most honestly. Here’s hoping audiences give this film a chance!