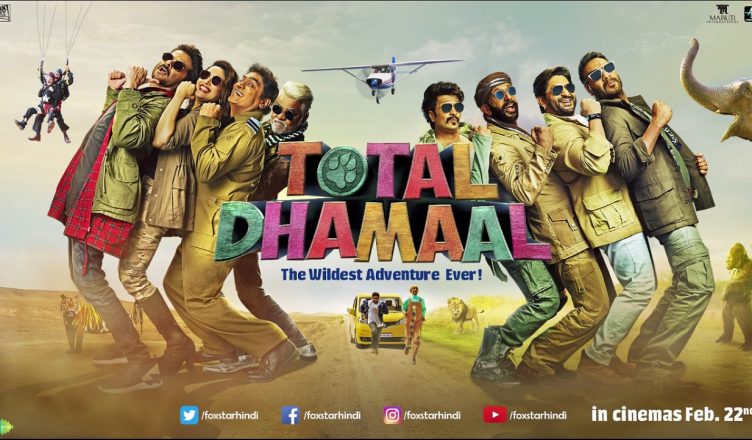 Total Dhamaal thankfully is a fun-filled entertainer. It was such a pleasure to see a clean, illogical laugh-a-minute riot, just like the old times. The use of animals furthers adds to the fun. The first half has tons of humourous moments and the entry scenes are too good. The second half is when the film gets a bit repetitive and the jump in the narrative at one point could have been avoided. Also, there’s no story as such and whatever story is there is just like the first part. Thankfully, the funny situations are not like the first part and that helps. Indra Kumar’s direction is also simple and effective and the way the narrative shifts focus from one set of characters to others is praiseworthy. Talking of performances, Ajay Devgn is damn good, especially his expressions. Anil Kapoor and Madhuri Dixit’s tu-tu main-main gets a bit too much but they add to the humour. Madhuri especially is damn good. Jaaved Jaaferi is the ‘jaan’ of the series. Arshad Warsi and Riteish Deshmukh do their best but sadly get a bit of a raw deal as there are so many characters. Mahesh Manjrekar, Boman Irani, Vijay Patkar, Sanjay Mishra, Manoj Pahwa, Pitobash and Sudesh Lehri leave a mark from the supporting cast. Esha Gupta has a very late entry but is decent. All in all, go for Total Dhamaal if you crave for some old style masala entertainment. Since it’s a clean film and an adventure comedy, watch it with your entire family!