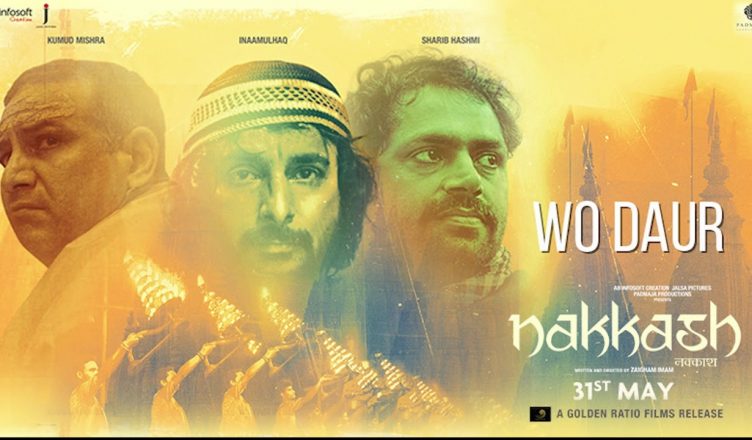 Nakkash released on May 31 and stars Filmistaan actors Inaamulhaq and Sharib Hashmi along with talented performers like Kumud Mishra and Rajesh Sharma. It is set in Varanasi and tells the story of a Muslim craftsman (Inaamulhaq) who is employed by a Hindu priest (Kumud Mishra) to work in a temple. The sculptor aka the nakkash inherited this skill from his forefathers, all of whom were in the same profession and have worked in countless number of Hindu temples. But in this changing times, this act of the nakkash leads to some disastrous consequences. The biggest plus about the film is the plot as it’s very relevant in today’s day and age. It’s also quite balanced and doesn’t antagonize any religion and makes it clear that it’s humans who have created the divide for their own agenda. On the flipside, the direction is poor. The dialogues are not well worded and sound amateurish. A few developments in the story are very unconvincing. The impact of the story hence is lost and despite being such a topical film, it doesn’t leave a mark. The performances save the day to an extent. Inaamulhaq is like the main hero and gives a genuinely fine performance. Kumud Mishra too puts up a good show. Sharib Hashmi is fine but is let down by the script. Same goes for Rajesh Sharma – he’s made to mouth such badly written dialogues and that’s sad. Pawan Tiwari is okay as the typical villain and his part is the weakest in the film. Gulki Joshi is quite good in a debut role. Thanks to zero buzz and awareness, Nakkash’s collections have been disastrous and it didn’t even grow from Saturday as the response has been disappointing I guess. It might get a few takers once it’s out on some OTT platform.