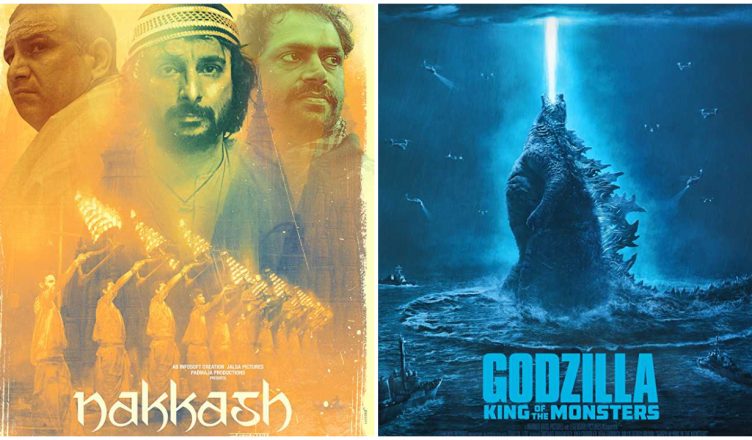 Less than a week is left for the release of the Eid biggie, the Salman Khan-starrer Bharat. Since its releasing on Wednesday, any film releasing tomorrow would just have a five-day week. Moreover, the Ramzan period is going on, when a section of audience stays away from cinemas. Also, the ICC Cricket World Cup begins from tomorrow. Although India’s first match will be directly on June 5, it can affect collections to a small extent especially when coupled with Ramzan and shortened-week factors.

A horror film, Khamoshi, starring Prabhudheva and Tamannaah Bhatia, was to release tomorrow. But it has been postponed to June 14. Now only one A-grade Hindi film releases tomorrow, Nakkash. It reunites the Filmistaan actors Sharib Hashmi and Inaamulhaq. It also stars Kumud Mishra and Rajesh Sharma. The subject seems relevant and political but forget buzz, even awareness is practically zero. The film hence is bound to have a disastrous run at the box office, even if it turns out to be a good fare.

The film that would have some respectable collections is Godzilla 2: King Of The Monsters. It is the sequel to Godzilla, which released in 2014. It releases today and hence will have a four-day weekend. This isn’t a big franchise but opening can be decent, of around Rs. 1.5-2 crore. For cinemas, it’ll be an ideal film that will get some footfalls in this dry week before the gigantic Bharat takes over.

The other film that will excel is also a Hollywood film, Aladdin. It released last Friday but has held well in the weekdays. It’s a grand family entertainer and hence it can see an upswing in collections from tomorrow. As for Hindi releases, De De Pyaar De will fare best. PM Narendra Modi and India’s Most Wanted, both which released after that and with Aladdin, will fare poorly in Week 2.