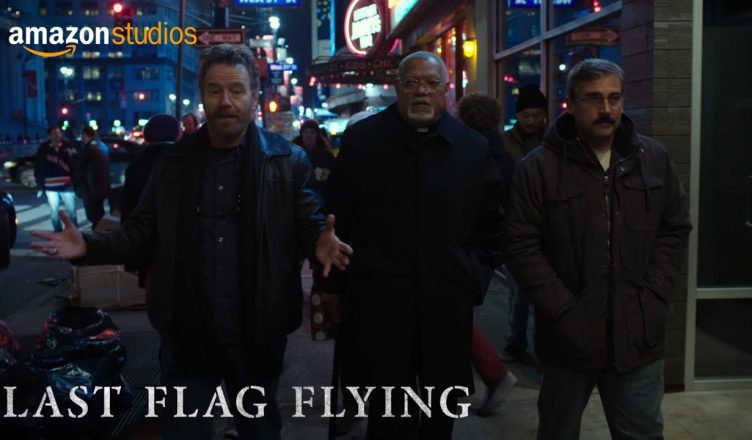 Last Flag Flying deals with a very sad topic but master director Richard Linklater (popularly known for Before Sunrise and its sequels) makes it more or less a laugh riot. After a long time, I went LOL while watching a film and hats off to the writers for coming up with such intelligent humour. The fun moments are so well inserted in the film – there are times where immediately after a howlarious scene, there’s a sad sequence but the switch happens organically and quickly and even the audience reacts in the same way. This is not easy and kudos to Linklater for achieving it! The debate about whether or not there’s God is an integral part of the storyline and is dealt beautifully and raises some valid questions. However, there are far too many conversations and it dilutes the impact, especially in the second half. This 124 minute long film should have been 10-15 minutes shorter for a better impact. Speaking of performances, Bryan Cranston gets to play the best character of the film and he kills it! He’s the soul of this film. Steve Carell is brilliant, speaking very less, but leaving a huge impact nevertheless. He’s drastically different from his previous performances. Laurence Fishburne also gives an effective performance. A great watch on the whole and here’s hoping people love the film once it’s out!