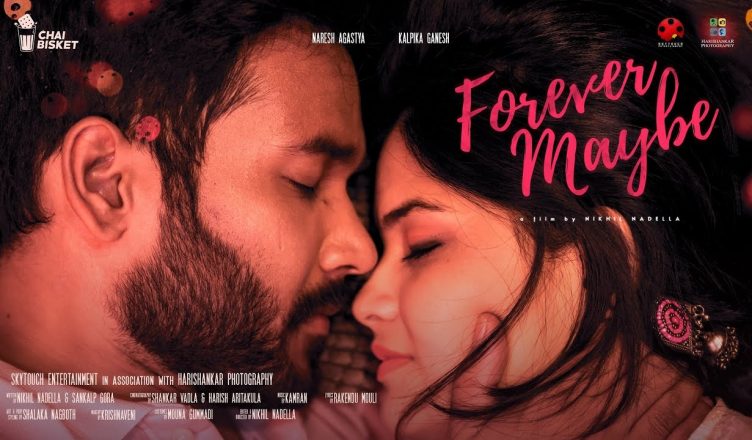 Forever Maybe is a 22-minute-long Telugu short film (with English subtitles) directed by Nikhil Nadella, who served as an associated director on Saaho. It’s the story of a woman who calls her Tinder crush home to escape the horrors of her past. The story (by Nikhil Nadella & Sankalp Gora) is very simple and the climax twist might be difficult for comprehend for some. Yet, this short film is a must watch for many reasons. The first thing that strikes you is that it’s a very, very rich-looking product. Of course, the high budget must have played a part in that. But you need to know how to correctly use that budget. In that regard, everyone in the team score big time. Nikhil Nadella’s direction is first-rate. Usually, short films tend to look like very niche and film-festival type. This is a rare short film which deserves a big-screen watch! Shankar Vadla and Harish Aritakula’s cinematography, Shalaka Nagboth’s art and prop styling, Kamran’s music and Mouna Gummadi’s costumes are quite praiseworthy. The phone screen graphics are outstanding – even big-budget feature films don’t show chat box in such an appealing way. Speaking of performances, Kalpika Ganesh looks stunning and suits the part to the T. The dashing Naresh Agastya also puts his best foot forward. Their chemistry is electrifying and one of the big reasons why the film engages from start to finish. All in all, Forever Maybe is a short film like no other. Don’t miss!