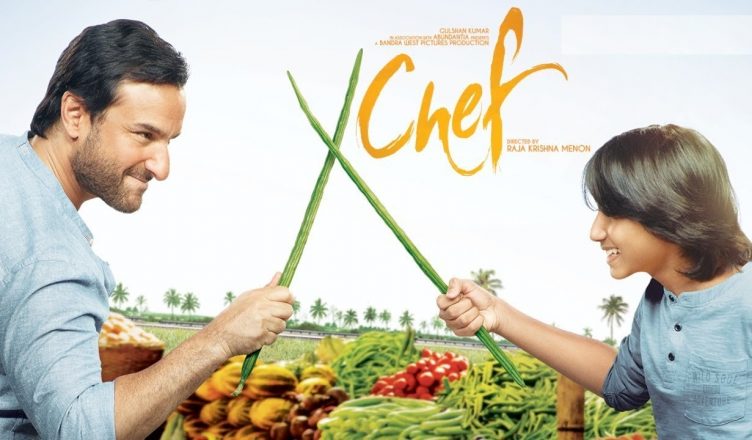 Chef is a sweet and simple fare that never goes on a high but manages to leave a mark. The original film, also called Chef, was too great and the Hindi remake doesn’t reach to that level and is also different. The first ten minutes are very boring and also few developments happen too conveniently. But thankfully, the film gets better once the chef arrives in India and has some great adventures in Cochin, Amritsar, Delhi etc. The father-son bond is nicely shown and never goes overboard. Same goes for the equation between the chef and his ex-wife. The dialogues are simple and conversational and the fun moments are neatly incorporated. Saif Ali Khan is the best choice to play this role. One doesn’t realize from the trailers but Saif is very funny and raises loads of laughs in his trademark style. Child actor Svar Kamble gives a wonderful performance and that was really necessary as he has a crucial part. Padmapriya is absolutely gorgeous and is bound to impress viewers with her character and acting. Milind Soman as always looks killer. The food scenes are beautifully captured on camera and the ‘food bus’ is damn good – you wish such a bus existed in real life and that you could take a ride in it! Chef is not the ideal remake but nevertheless, it deserves a watch!