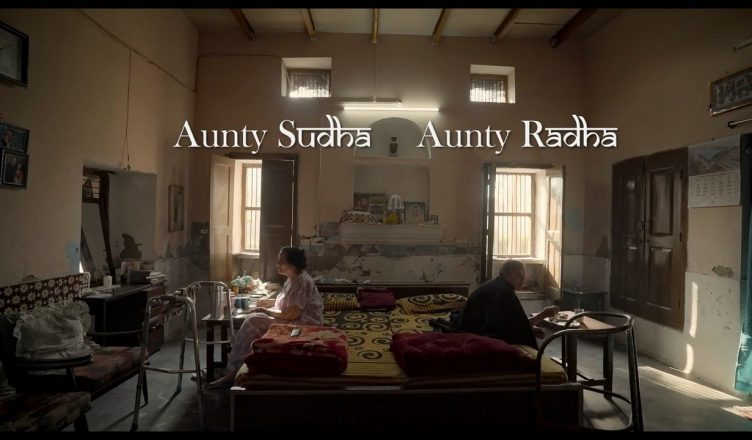 Aunty Sudha Aunty Radha is a 49-minute documentary directed by Tanuja Chandra. It tells the lives of two sisters, 86-year-old Sudha Garg and 93-year-old Radha Rani Sharma, living happily in the village of Lahra in Uttar Pradesh in a grand ancestral house. How they go on with their lives and what made them come here is what this movie is all about. Tanuja herself features in the documentary and is seen interviewing the sisters (who are also the aunts of the filmmaker) or rather having an informal conversation with them about their day-to-day activities and a lot more. The setting and concept is unique and novel and each and every viewers would get a heartwarming feeling on seeing the way the aunties are peacefully living their lives with content in a far-off village. Also, Tanuja gives due focus to the entourage of domestic help who dutifully and selflessly care for the aunties and even happily bear their temper as well! Besides Tanuja, the documentary boasts of some very fine work by editor Chandan Arora, cinematographer Eeshit Narain and composer Arijit Datta. Aunty Sudha Aunty Radha has made the round of several film festivals, including Jio MAMI 21st Mumbai Film Festival 2019. It was recently shown to viewers as part of MAMI’s new Year Round Programme Home Theatre initiative. Here’s hoping it is made available for viewing for many more viewers.