John Abraham during Rocky Handsome promotions had said jokingly that he would love a sequel to his debacle, No Smoking. He said, “I told Anurag Kashyap to make No Smoking 2. I added that everybody makes sequels out of hit films. Why don’t we make one of a flop film?”

Well, John made an error out here. Sequels of not just hit films are made. We do make sequels of not exactly flops, but underperforming flicks or those films that didn’t really have a reach beyond a few metros. In fact, this month, November 2016, has been significant since 3 sequels released – Rock On 2, Force 2 (that stars John himself) and Tum Bin 2 – and all 3 have been unsuccessful. Except for Tum Bin 2, one shouldn’t have made a sequel to the other 2 films since their first parts were hardly successful. 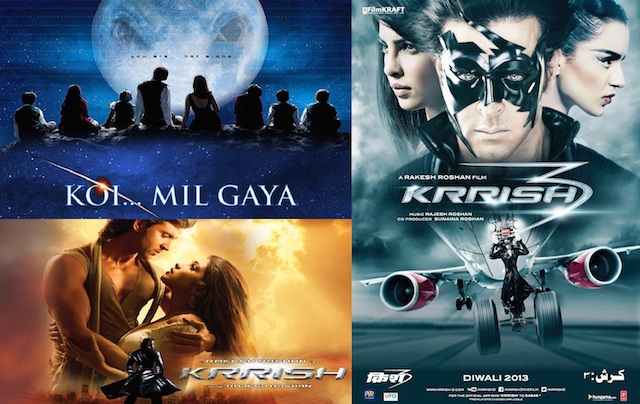 In order to understand it fully, let us understand which films deserve sequels and which ones don’t. Firstly and obviously, if the film was highly successful, was appreciated pan-India and had some highly interesting characters, then a sequel can be made. Hence, Krrish and Krrish 3 (sequels to Koi Mil Gaya), Lage Raho Munna Bhai (part 2 of Munnabhai franchise), Golmaal Returns and Golmaal 3 (Golmaal series), Dhoom 2 and Dhoom 3 (Dhoom series), Don 2 (sequel to Don), Housefull 2 and Housefull 3 (Housefull series), Dabangg 2 (sequel to Dabangg), Singham Returns (sequel to Singham) etc were well-deserved sequels and as expected, were hits as well. All these were also well-made films and that also helped. On the other hand, Yamla Pagla Deewana 2, Once Upon A Time In Mumbai Dobaara, Bheja Fry 2 were hardly impressive and as a result, these films bombed.

Secondly, if your first film was a moderate success but was a super-hit on television, then making a sequel is a good decision. Hera Pheri was an average grosser but became a huge hit on television, which is where many viewers who missed it in theatres saw the comic caper. Hence, its sequel, Phir Hera Pheri emerged as a huge hit despite the first one being not so huge. The TV run in fact makes a big impact since the film remains memorable and alive with viewers even after the first part is out of theatres. This is the reason why Welcome Back opened so well, despite having a weaker cast then Welcome, since the predecessor is a super-hit whenever it’s aired on television.

T-Series on the other hand is doing a great job with the Hate Story series. The part 1 fared well at the box office due to the hot scenes. Obviously, it didn’t have a great run on TV. But the second part came in just 2 years and it promised loads of intimate scenes. No wonder it opened well and in no time, it recovered it’s low cost. The same happened with Hate Story 3 too. Now the makers are trying for Hate Story 4 and if it’s also laced with steamy scenes and made on low costs, nothing can stop it from becoming a hit like the first 3 parts.

Some films were not great successes but a sequel can still be made if the casting is exciting. Pyaar Ke Side Effects was not an all-India hit but the makers were right in casting the more popular actors like Farhan Akhtar and Vidya Balan in Shaadi Ke Side Effects. The second part was still a flop but the star cast ensured that the film got a good opening at least which shows that the audience was curious to see the film. Even Jolly LLB 2 has high changes of working as it stars Akshay Kumar. Last year’s ABCD 2 benefited a lot due to Varun Dhawan and Shraddha Kapoor’s presence whereas the first part had all new faces. 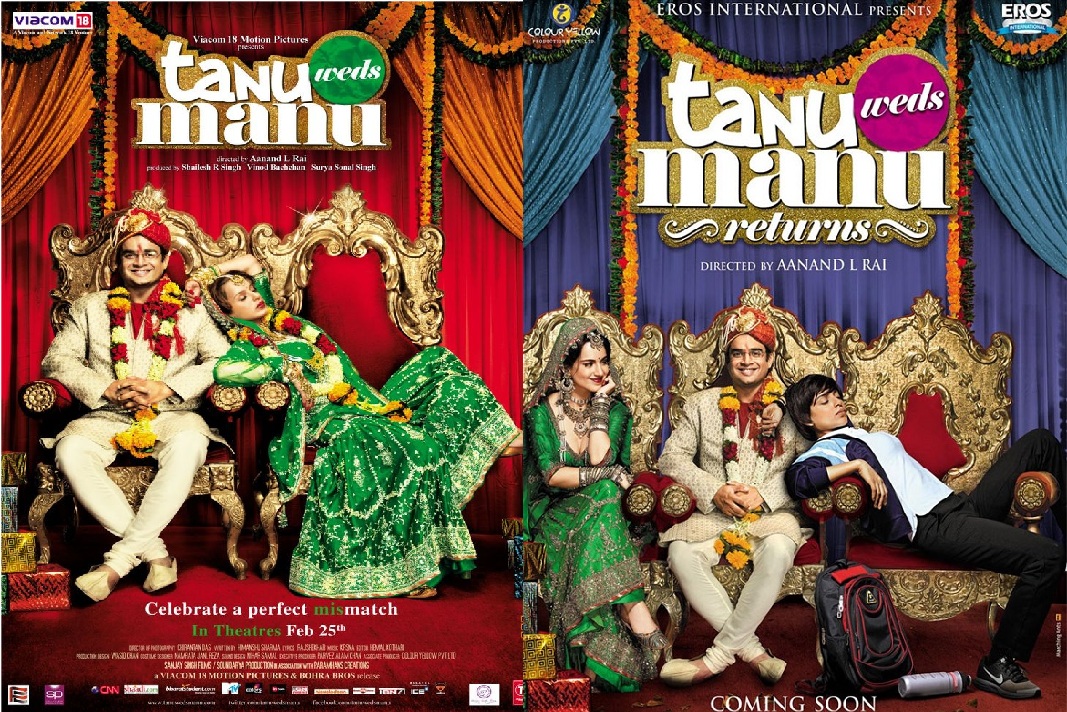 There are films that boast of the same or more or less similar kind of casting. But these films worked as they retained the essence of the first part but at the same time, not repeating it entirely. Aashiqui 2 is a great example of it. The first part had new-exciting faces, sweet-n-simple story and super hit music. Aashiqui 2 was laced with all these things and as a result, it was a huge grosser. Making a sequel to Tanu Weds Manu wasn’t a good idea as such. But the risk paid off and Tanu Weds Manu Returns emerged as a 150-crore grosser. What also helped is that in the interim, Kangana Ranaut emerged as an actress to watch out for. Pyaar Ka Punchnama was 2011’s sleeper hit but Pyaar Ka Punchnama 2 was even bigger. The pattern followed was similar and the relatable problems clicked with audiences big time. Same goes for Jannat 2, the sequel to Jannat.

Unfortunately, there are films that were not great hits and yet we see the makers making their sequels. Sarkar for instance was a semi-hit and mostly successful in Maharashtra. Yet, the makers made Sarkar Raj which was below average grosser. And that’s not all – they are also coming up with Sarkar 3! Sahib Biwi Aur Gangster was a surprise success but that doesn’t mean a sequel should be made out of it. But the makers did, calling it Saheb Biwi Aur Gangster Returns. And as expected, it was hardly a huge success. Same with Ishqiya (first part was semi-hit and that too in limited areas), whose sequel Dedh Ishqiya flopped. This year, we had Tere Bin Laden’s sequel called Tere Bin Laden: Dead Or Alive. The first part was no doubt funny but its reach was limited. On top of it, the sequel was hardly funny and it was a disaster at the box office. Aap Ka Surroor was touted as a huge success but we all know that was far from the truth. That didn’t stop Himesh Reshammiya from coming up with Tera Surroor. That it flopped was something that almost everyone had predicted. Ek Chaalis Ki Last Local was another disaster and its second part Kismet Love Paisa Dilli met with a similar fate. Ab Tak Chhappan 2, Rakht Charitra 2 and Satya 2 were also bad decisions. Arguably, even Gangs Of Wasseypur 2 wasn’t a good idea since part 1 was an average grosser across the country overall. 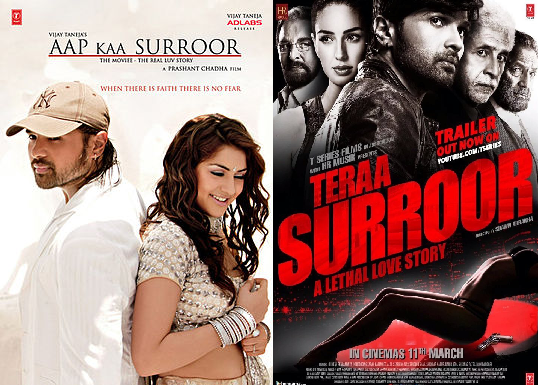 Talking of the November releases, Rock On 2 was a hit only in few cities and it flopped when it came on television. To make its sequel and that too at double the cost and with bad music (the first part had great music and it was one of the big reasons why it worked) was a BIG mistake. Even Force wasn’t a huge hit and it was okay on television. Tum Bin 2 on the other hand wasn’t really a bad idea as Tum Bin had worked and its hit music is still remembered. But that super hit album was lacking in Tum Bin 2.

The madness however continues. 2017 will also see sequels of many underperforming films. Aksar had great songs and that’s about it. The film was hardly exciting. It also lacked in erotic quotient, which Emraan Hashmi is known for. Hence, it’s easy to guess the fate of Aksar 2 that arrives that too sans Emraan. Sarkar 3, as mentioned above, is already in danger. Tom Dick And Harry was a senseless film that was hardly funny and hence, one can expect the sequel that releases next year to bomb at the ticket window. Then there’s Commando 2, the part 2 in the Commando series that’s hardly memorable or worth remembering. Fukrey was a great entertainer but had limited reach. Whether its sequel will work or suffer a fate like Excel’s Rock On 2 remains to be seen.

Thankfully, we have sequels of some well-deserving films to balance it out. The sequels that can work big time are Tiger Zinda Hai (sequel to Ek Tha Tiger), Jolly LLB 2 (first part was moderate success but part 2 has Akshay Kumar, a big star), Badrinath Ki Dulhania (Humpty Sharma Ki Dulhania was a huge all-India hit), Golmaal Again (a very successful series), Judwaa 2 (first part was successful; though Salman isn’t there in part 2, Varun Dhawan is also quite successful), Munnabhai 3 (no words needed!), Baaghi 2 (first part was a craze in hinterland and on television), 2.0 (first part did well on television; part 2 has Akshay Kumar), Baahubali 2 (we all know the impact of the first part). Aankhen 2 is a wait-and-watch situation since the part 1 wasn’t a huge success and the second part doesn’t boast of an exciting cast.

But before these films, we have the final sequel of the year – Kahaani 2 – that’s all set to release on December 2. The trailers are extremely lackluster and the hopes are limited. God forbid, if it flops, it will be a huge blow to the industry and also the lovers of the first film. Even if it’s a huge hit, Bollywood surely needs to wake up and understand which film deserves a sequel and which one doesn’t! 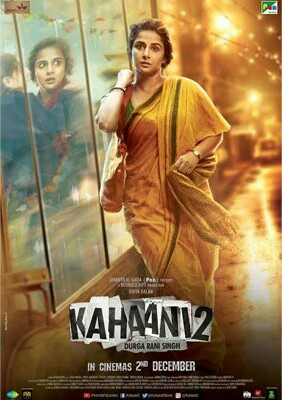