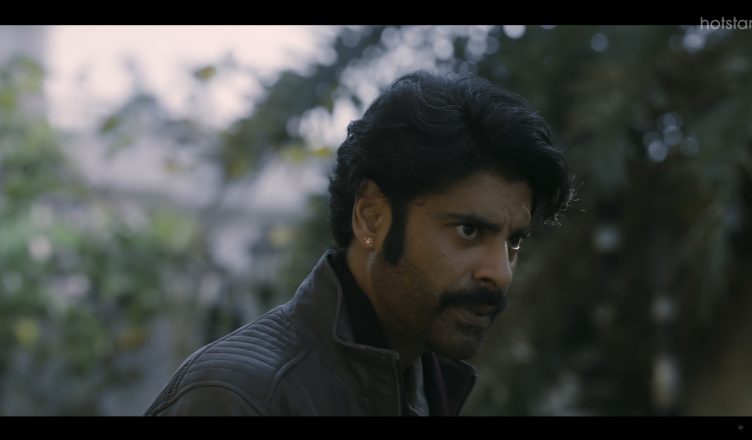 In September 2013, actor Rajkummar Rao (then Raj Kumar Yadav) came to our office, along with Hansal Mehta, for the promotions of his film Shahid. The same year, he had delivered an acclaimed film in the form of Kai Po Che and had proved his worth with films like Love Sex Aur Dhokha, Shaitan, Gangs Of Wasseypur, Ragini MMS and Talaash. Yet, he was not as popular as he is right now. I had not seen Shahid then as it had not released but was impressed by his talent. I hence clicked a picture with him and uploaded on my Facebook account. I remember an acquaintance of mine telling me that he found it amusing that I clicked a snap with Rajkummar and even wrote so highly about the actor’s work in the caption. I reasoned that he is talented, humble and has a bright future; but it didn’t cut ice with the acquaintance. Today, now that Rajkummar is loved by one and all, this acquaintance is seen too doing the same – raving about Rajkummar at every given opportunity. I soon realized that there are many actors who are doing a good job but we don’t celebrate them if it’s not trendy enough to do so. It’s only when he or she becomes the next big thing is when most people want to jump on to the bandwagon.

As I finished the acclaimed web series Aarya a couple of weeks ago, I was reminded of this Rajkummar Rao episode, especially after witnessing Sikandar Kher’s riveting performance. Here’s an actor who has not done many films in his 12-year-career but has given some many memorable performances. And it’s sad that we are still not celebrating his talent yet.

I saw Aarya mainly for Sushmita Sen and Chandrachur Singh’s comeback and also to see what Ram Madhavni (of Neerja fame) has to deliver this time. I finished the show in awe and also surprise. After all, the web series boasted of some amazing performances but after Sushmita, it was Sikandar Kher who took the cake! Aarya deals with a rich Rajasthani family involved in drug business. Sikandar plays Daulat, the most trusted and dangerous servant of the patriarch Zorawar (Jayant Kripalani). He hardly speaks but is highly dependable. Give him a job and you can be assured it’ll be done. He also tags along Zorawar’s daughter Aarya (Sushmita Sen) when she faces acute crisis in her life and even motivates her to become the ‘sherni’ to fight off her detractors. While helping her, he also balances by taking care of Zorawar and keeping his secrets intact. His life is tough but he has a loving side, as seen in one seen when he plays with the puppy, Mango! And yes, he’ll never lie. Despite the twist in his tale in the last part of the season, you’d still yearn for a Daulat in your life, who’ll protect you, guide you and ensure that no harm comes your way. Sikandar’s stubble look, moreover, suited him perfectly and he did total justice to the character with his performance.

Sikandar Kher debuted in 2008 with Woodstock Villa followed by Summer 2007, released within a gap of two weeks. I have still not seen both the films and saw him for the first time in Khelein Hum Jee Jaan Sey. He was a surprise for me as I had zero expectations from him. And he suited the part of Nirmal Sen well.

After not-so-memorable performances in Players, Aurangzeb and Milan Talkies, he amazed me in Tere Bin Laden: Dead Or Alive. The first part is seen by many but sadly, the sequel sank without a trace. And with, very few got to see how Sikandar gave, believe it or not, the most unique performance ever in Bollywood. In this film, he plays a white CIA official named David DoSomething! His make-up and prosthetics comprising of protruding teeth made him completely unrecognizable. And he made the performance even better with his American accent. He totally nailed it and many couldn’t even realize that it’s Sikandar. And that’s not all. David DoSomething disguises himself as a loud Indian producer called David Chaddha. And for this role, he had a funny, Punjabi accent. Both roles were done splendidly by the actor and you have to see it to believe!

Sadly, the film failed to create buzz and didn’t get positive reactions from critics and audiences. Still, one hoped that Sikandar Kher would be noticed for his wonderful performance. Alas, that just didn’t happen. Today, no one remembers this film and here’s hoping that after Aarya, people might go back and revisit this film to see the brilliance that Sikandar got on screen.

After Tere Bin Laden: Dead Or Alive, Sikandar Kher left a mark in Romeo Akbar Walter as well. Here, he mastered the Pakistani-Punjabi accent and once again proved his worth. In The Zoya Factor, he again was brilliant especially in the finale where he provides tea to the very irate mob who had come to vandalize his house! It was one of the most novel and unconventional scenes in Hindi cinema. But look at the bad luck of Sikandar. The Zoya Factor, despite being worth watching, had terrible collections. In fact, none of his film has worked till now and were mostly ignored.

Even off-screen, Sikandar is hugely entertaining. Just check his rapid fire in the video below and it’s guaranteed to leave you in splits, especially the way he gets the Russian accent just right. Not many have this talent and Bollywood should make good use of it. Also, he’s an actor who can take a joke on himself and even crack that joke. His dig on his own film Aurangzeb is howlarious. Also, at one point, Maniesh Paul is asked “A rumour about you that you wish was true”. To which, Maniesh says, “That I am doing Dharma films”. Sikandar, at this, quickly retorts, “At least you had that rumour”! That unexpected jibe does make you laugh but also hits you that how the industry has been unfair to him.

Sikandar has recounted his struggles in several interviews in detail. To prep for Tere Bin Laden: Dead Or Alive, the actor shaved off his hair and also gained 16 kgs. In an interview to DNA, he said, “I used to go on 3 am binges. People would look at me with pity thinking here’s this actor who’s become bald and fat out of sheer frustration of not getting roles… (Laughs).” In his recent interviews, he has remarked how Aarya is his first project that worked and that he doesn’t expect anything as expectations lead to disappointments. It is heartbreaking that an actor of his calibre has to make such statements.

To all those who loved Sikandar Kher in Aarya, I request you to watch Tere Bin Laden: Dead Or Alive to see for yourself what this guy is capable of. Let’s spread the word on social media so that more and more people come to know. As for Bollywood, please give him more and more interesting and challenging roles in well-written films. Please ensure that he has a fabulous career from now on because he truly deserves it! Fortunately, he’ll be seen in Rohit Shetty’s Sooryavanshi, a highly awaited film that is expected to set the box office on fire. Will Aarya and Sooryavanshi prove to be a turning point in his career? Let’s hope for the best!

4 thoughts on “An appreciation post for Sikandar Kher, an actor who deserves to be celebrated!”