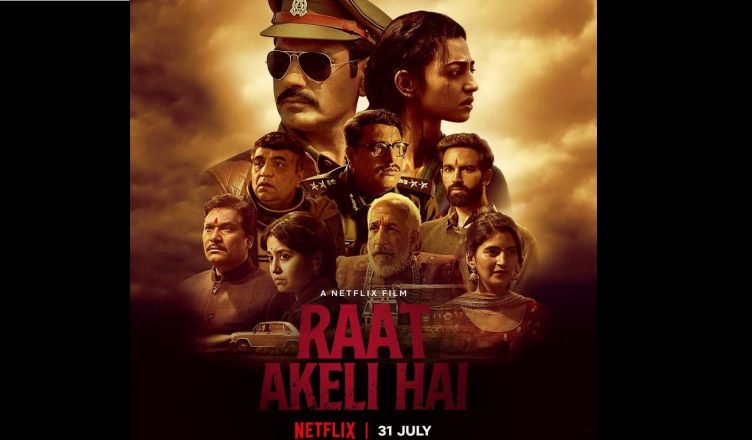 Raat Akeli Hai has a lot of potential and the setting, characters and performances are its plus points. The film starts on a thrilling note and even the initial murder investigation is very engaging. But later, the film drops with only a few scenes occasionally managing to impress. The run-time is 149 minutes and ideally, it shouldn’t have been more than 2 hours long. The investigation of the cop also moves at a snail’s pace for no reason – the interrogation of close family members is shown to have happened many days later. The climax and action scenes in the second half, thankfully, save the day. Speaking of performances, Nawazuddin Siddiqui is impressive as always. Radhika Apte underplays her part beautifully. Ila Arun is hilarious and also quite touching. Shweta Tripathi and Swanand Kirkire are great but sadly, don’t get much scope. Shivani Raghuvanshi is okay initially but gets better in the second half. Aditya Srivastava should have been more villainous. Ravi Bhushan, in this regard, does very well as the henchmen. Riya Shukla (Chunni) leaves a huge mark. Tigmanshu Dhulia is wasted while Shreedhar Dubey (Nandu) is impressive. All in all, Raat Akeli Hai is an average fare.