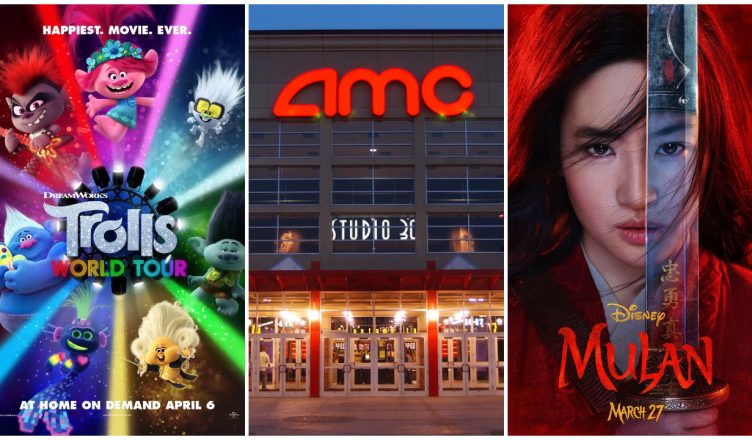 OTT-THEATRICAL MODEL UNDERGOES A MASSIVE CHANGE IN THE WEST; WILL INDIA FOLLOW SUIT?

Ever since the OTT platforms have come in India, the multiplex chains have devised a rule. If a filmmaker wants to screen his/her film in cinemas, he/she has to sign a contract with the multiplex chains stating that the said film won’t be given to a streaming platform until 8 weeks of its release. Most filmmakers accepted this rule. However, the sooner you give your film on OTT, the more you get paid. Hence, some filmmakers tried their luck and asked the multiplexes to let go of this rule for their films. The multiplexes, however, didn’t relent. In a few cases, it led to tensions. The Rajkummar Rao-Kriti Kharbanda starrer Shaadi Mein Zaroor Aana didn’t get a release in multiplexes for the first few hours on the day it came out. It’s only when the producer realized that he’ll lose out on revenue from multiplexes that he signed the eight-window contract. Only then did Shaadi Mein Zaroor Aana release, post 1:30-2 PM. The same happened a few weeks later with Vikram Bhatt’s horror film 1921. This film too arrived in multiplexes only post noon.

One of the first releases of this year was the long-delayed Shimla Mirchi, directed by Ramesh Sippy. He had got a lucrative deal from Netflix for which he had to release the film on their platform within 4 or 5 weeks. Multiplexes, naturally, didn’t agree and hence this flick had a release only in single screens! It was clear that the multiplex chains are quite adamant when it comes the 8-week-window rule.

In the West, it’s even more extreme. There, the films are supposed to be released on non-theatrical avenues only after 90 days of release. Netflix, meanwhile, made it clear that it’ll allow only four weeks in cinemas for it’s films like The Irishman, Marriage Story etc. The major chains there like AMC, Regal etc didn’t accept. Hence, these critically acclaimed flicks released in single-screens and smaller centres of North America and in other countries.

Earlier this year, Universal Studios took a revolutionary step – it released it’s animated flick Trolls World Tour in cinemas on April 10. But footfalls got affected due to Coronavirus-induced lockdown. As a result, the same day, it was also released online but under the PVOD (Premium Video-On-Demand) model. Viewers had to pay $20 to catch the film. This step worked big time and reportedly, it set several streaming records. A surprised and motivated Universal then announced that they’ll do more of simultaneous theatrical and streaming releases from now on. An announcement of such nature angered the theatre chains. Adam Aron, CEO and president of AMC that their chain would no longer release a film that also drops online at the same time. Another chain, Regal cinemas, too put a statement to this effect.

However, around 10 days back, a sudden development left the global movie industry shocked as well as amused. AMC signed a deal with Universal wherein the theatrical window was shortened from 90 days to just 17 days! Also, once the film is released online, AMC would still get a cut out of these PVOD platforms. This makes it a win-win situation for all. It was also made clear that the bigger event films which would benefit from longer theatrical runs like Fast & Furious or Jurassic World sequels would not immediately go for a PVOD release.

Still, the development is a bit too unexpected. And if this is not enough, Disney’s much awaited flick Mulan too will release on it’s Disney+ platform under the PVOD model. Viewers will have to pay a high $29.99 to view the movie, once it releases on September 4. This is mostly done as Coronavirus cases in USA are still high and theatres won’t be opening till the Mulan makes it to cinemas. Disney’s CEO Bob Chapek however insisted that this is a one-off decision taken by them and that it won’t be the norm for their future titles. Also, he assured that Mulan can be experienced on the big screen where countries where cinemas are open.

Mulan was going to be one of the two films besides Christopher Nolan’s Tenet which were to release in cinemas as soon as normalcy kicks in. With this decision to go digital, it means one film less and a further encouragement to those who feel ‘theatres are dead’!

Will these developments have any effect in India? Will producers here also demand a 17-day window instead of a 8-week window for digital release? Will they experiment with PVOD model with desi audiences? Only time will tell although trade experts believe that cinema halls are still safe in India. The footfalls in places like USA have been going down and hence, such steps were necessary. India, meanwhile is still a film-crazy country and hopefully, the pre-Covid model will be continued to be followed by producers and exhibitors alike.