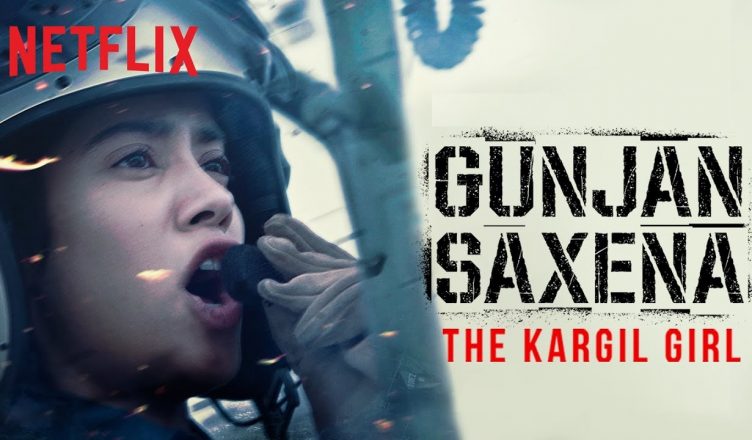 Gunjan Saxena – The Kargil Girl made me hate it’s producer Karan Johar, not for the silly nepotism reason but because this is a film that should have released in cinemas. It would have been a different experience to experience, in a sold out theatre, the collective laughter in the insanely funny scenes of the first half, to clap and hoot in Janhvi Kapoor’s heroic entry and of course during the war scenes in the second half. It’s just 112 minutes long but packs in a lot. Throughout the film, a fine balance is maintained – it’s neither too slow, nor too fast. Similarly, while the focus is on telling Gunjan’s story, the entertainment quotient is not compromised and this bit doesn’t go overboard either. Scenes of Gunjan’s terrible experience at the Udhampur base are well-shot but the best is reserved for the father-daughter track! Talking of performances, Janhvi Kapoor owns the film. She has improved a lot from her first film and ensures she doesn’t go over the top even once, even in some very dramatic scenes. Dhadak had given an idea but Gunjan Saxena – The Kargil Girl confirms that she’s here to stay and soar high! Pankaj Tripathi delivers one of his finest performances. He gets to play a superb part and he essays it with aplomb. His character’s take on equality of sexes, marriage and most importantly, patriotism is clapworthy! Angad Bedi and Ayesha Raza Mishra are fine. Vineet Kumar Singh as always is brilliant. It’s bewildering that his role has been credited as special appearance. Manav Vij is an actor to watch out for. Manish Verma (SSB Officer Sameer Mehra, who trains Gunjan) is memorable. Yogendra Singh (Pilot Montu), Akash Dhar (Pilot Shekhar) and Riva Arora (young Gunjan) also do a fine job. The review will be incomplete without commending the efforts of writers Nikhil Mehrotra and Sharan Sharma (additional dialogues by Hussain Dalal) and debutant director Sharan Sharma. All in all, Gunjan Saxena – The Kargil Girl is one of the greatest films of 2020. This Independence Day, do yourself a favour – get your family together and watch this inspiring, clean family flick. It’s sure to entertain as well as enlighten you!