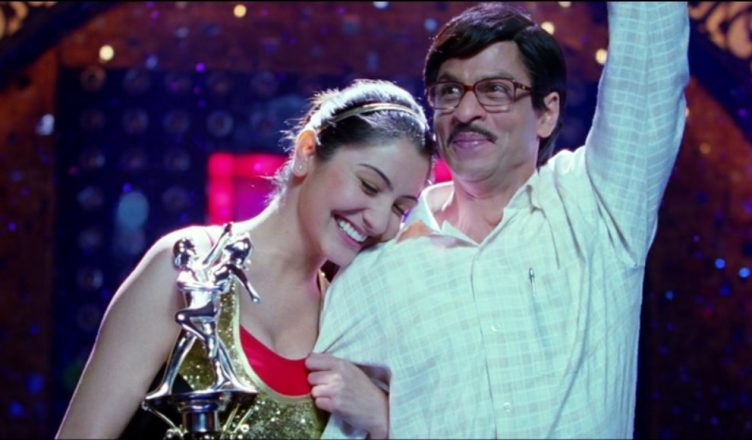 It’s been ten years but the memories of those days are still fresh. Rab Ne Bana Di Jodi had released in cinemas and the perception was that the film has not worked among the audiences and that it was bound to fail in the days to come. Moreover, the monstrous biggie Ghajini was to release two weeks later and many felt the film would crash even before the Aamir Khan starrer would be out. On top of that, the ghastly 26/11 terror attacks in Mumbai happened just two weeks before its release. Again, the belief was that the mood in the country was sombre and that audiences are not ready to go out in cinemas.

In a few days however, the scenario became clear. Rab Ne Bana Di Jodi had a great weekend and held very well in the weekdays! And the word of mouth was extremely positive which is why the great box office performance. The release of Ghajini definitely affected the film a bit but it went on to do a business of approx. Rs. 85 crore, which was a huge number then.

The skeptics also had issues with the low promotional strategy adopted by the makers, Yash Raj Films. It however worked very well in the favour. During Diwali period (October 2008), the first look was revealed. In cinema halls, lenticular posters were put up. When viewed from one side, it showed a scared, bespectacled Shah Rukh Khan dancing and posing with the then newbie Anushka Sharma, dressed in Indian attire. View it from another angle and you see SRK now a confident, ‘cool’ chap holding a smiling Anushka, both now dressed in western clothes. The trailer was unveiled on November 14, with the release of Dostana and it did nothing to tell the viewers about the story! Everyone was wondering that why does Shah Rukh Khan have two diametrically different avatars in the film? Is there a double role involved? Or split personality? Or does the film have a flashback sequence and hence the two looks, a la Kuch Kuch Hota Hai?

It’s only when the film was released that the mystery was unveiled. Most films end with the hero and heroine getting hitched. Rab Ne Bana Di Jodi however commenced showing them tying the knot and beginning their married life. But sadly, the union of Surinder Sahni (SRK) and Taani (Anushka Sharma) is lifeless as the latter doesn’t love him at all and has made it clear to him. The shy and naive Sahni on the other hand loves her to death and is unable to say so. The story actually moves when a few days later, Taani joins a dance school and Suri goes there after having a makeover just to see her having a good time. Interestingly, he too is compelled to enrol and Taani is made his dancing partner.

What happens next is why many thought that the film may not work. Suri is moustachioed, mild-mannered and soft-spoken. But after his makeover, he pretends to be loud, wannabe and cool. He wears flashy clothes and calls himself Raj and addresses his wife as Taani Partner. And yes, the mooch is gone! Shockingly, Taani fails to recognize him! Not once does it cross her mind that her dancing partner’s facial features and height is very similar to that of her hubby.

A section of moviegoers were aghast with such a plot. Surprisingly, the film worked big time with the audiences. Yes, it did look somewhat difficult to digest but the film worked very well on an emotional level. To give credit to the makers, they did try their best to ensure Raj doesn’t have an inch of Suri in him. From hairstyle to way of talking to clothes to the flirtatious nature, Raj was the exact opposite. So it was entirely unconvincing that Taani failed to recognize the man she married.

Would Aditya Chopra make a similar film in today’s times? Probably not. The culture of trolling and social media has reached epic proportions. In 2018, Rab Ne Bana Di Jodi would have been criticized left, right and centre on Twitter by a section of media and high-nosed netizens. Although less than 1% of people are on the microblogging website, it still scares the makers a lot. And hence, for a film like Rab Ne Bana Di Jodi that is made for a pan-India audience, such criticism would have hardly affected. Some of the criticism would also be unfair since the same social media population wouldn’t have minded Lois Lane not realizing that Clark Kent is Superman but that’s a different topic!

Yet, the fear of social media is too high and somewhere, the conviction that was there at one point is withering away. Karan Johar, in his autobiography ‘An Unsuitable Boy’, looks back at his first directorial venture, Kuch Kuch Hota Hai, which released ten years before Rab Ne Bana Di Jodi, and also starred SRK along with Kajol and Rani Mukerji. He himself picks up flaws in the film in a chapter in the book! He says, “Shah Rukh says, ‘Ek hi baar jeete hai, ek hi baar pyaar hota hai.’ But he got married again, he fell in love again, so why was he saying these things? It didn’t make sense.” He then adds, “Rani is writing eight letters to her daughter (to be given to her on each of her birthday). What did she write in the first three letters? Gagagoogoo?! And how did she know (that eight years hence), Kajol was going to be free and available (for marriage with SRK)?” Karan Johar then observes, “It was just conviction. I’m envious of the conviction I had in 1997 when I wrote (Kuch Kuch Hota Hai) because today, that conviction has got too logical. Today, you think, oh my god, log kya kahenge, critics kya kahenge. But we never cared about all these things then, we were like, Hindi picture hai, banao!”

Critics of this argument would reason that times have however changed and what worked then back won’t work today. But Rab Ne Bana Di Jodi worked so well, didn’t it? Last year, didn’t the ‘catapult’ scene of Baahubali 2: The Conclusion (below) worked, as also the film, despite the heavy slamming it got on social media? There are many such instances. There’s no formula honestly speaking. However, if the film is relatable, rooted and touches viewers emotionally, a few blemishes and goofs here and there are fine. In Rab Ne Bana Di Jodi, so many people saw themselves in the lead characters – women trapped in loveless marriages, men who don’t know how to profess their love to their wife whom they love a lot, ‘macho men’ who want to build muscles to impress girls and so on. And the way the characters are sketched and the manner in which the film flowed was loved. And if the climax has a punch, the film most probably is a winner. Rab Ne Bana Di Jodi was no exception. It’s climax – when Taani finds out about the truth during the dancing competition finale – is brilliant to say the least! When viewers are getting so much in return, they were able to forgive the ‘apne-pati-ko-pehchaan-nahi-paayi’ bit!

It’s surprising to see how Aditya Chopra managed to have this conviction then. It’s high time our makers learn from the success of this film and take a bit of cinematic liberty. If it’s a big Hindi entertainer, it’s okay to have cinematic liberties provided you provide viewers with entertainment and moments that they can take home. The downside sadly is that sometimes, the makers get carried away and the result is a film that’s miles away from any sort of reality. That’s also not right and a balance is required. Here’s hoping this happens soon and the good, old days of quintessential, big-budget, typical Hindi movies are back!