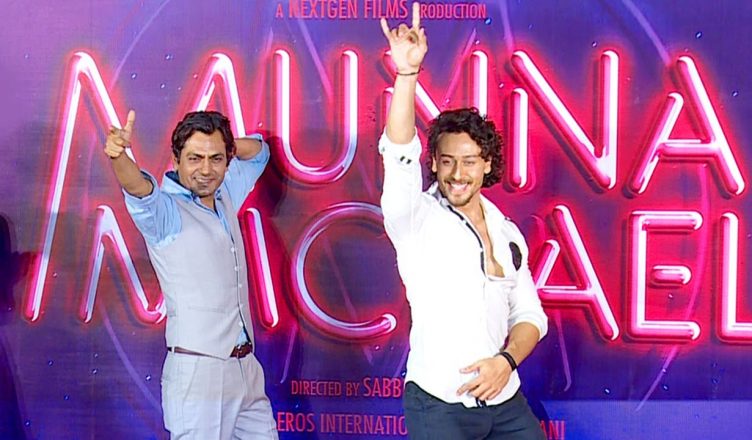 He has three releases in less than two months – ‘MOM’, ‘Munna Michael’ and ‘Babumoshai Bandookbaaz’. But Nawazuddin Siddiqui, who was very media-shy when he rose to prominence with ‘Gangs Of Wasseypur’ and ‘Kahaani’ five years ago, seems unfazed. He has probably got used to the hectic promotional activities and appears calm and jovial. Talking to us primarily about ‘Munna Michael’, this dynamic actor opens up about his experience, his idea of a ‘hit film’, process of picking up a film and a lot more. Here are excerpts from the interview.

How was your experience of shaking your leg in ‘Munna Michael’?
It was very scary! I had never danced in my life. But we managed. I rehearsed rigorously for 2-3 days. Thankfully, we had with us choreographer Ganesh Acharya who can make even a bamboo pole dance! He says that “agar aap chal sakte ho, toh dance bhi kar sakte ho” (If you can walk, then you can also dance).

Was it difficult matching steps with Tiger?
I can never match steps with Tiger. He can shake every part of his body! I have tried to do at least 1-2% of what Tiger can do.

But isn’t that great that now you also have dancing as one of your talents?
Exactly! I have always believed that the roles that make me insecure are the ones that I should grab ASAP. I have never aspired to work in my comfort zone.

Isn’t it surprising that despite doing so many films, you never had to dance in any of them?
Yes of course. Maybe, it never crossed to any of the makers that “let’s make him dance.” Somehow director Sabbir Khan thought of it. At first, I didn’t realize that I am required to dance. Later I found out and initially, I refused to take up the role. There was a huge mental block when it came to dancing. But at the same time, as I mentioned earlier, I thought that dancing is something that the actor should know. Also, this role was way out of my comfort zone. Hence, I took up the challenge.

It’s shocking to believe that you have never danced in your life prior to Munna Michael.
Yes, I have never danced, not even with friends. Actually, as a kid, I did shake my leg in marriage processions in my village Budhana. We would roam around the groom, who used to be on a horse, and dance. We used to do this just so that we could grab the money thrown by ‘baaraatis’ (wedding guests).

You have an unrecognizable avatar in your other upcoming film, ‘MOM’. How difficult it is to change your get up for a character?
I don’t believe in get-ups or that it is simply needed to make a mark. What’s important is to change your mindset, as per the character that you are portraying. You can’t don different avatars in order to showcase your versatility. You can do two different kinds of roles but be in the same get up and yet ensure that both performances stand out – that’s versatility. In ‘MOM’, the idea was to throw light on these unique characters that you might find in certain areas of Delhi like Daryaganj, Chandni Chowk etc. You might overlook them or not even notice them. But if you have a conversation with them, you might get gripped to their talks. They’ll make you believe that whatever you want, they’ll get it done. They are quite ‘jugaadbaaz’ (fixers). This is the kind of person I play in ‘MOM’. We haven’t made many changes to my look – I have only worn a prosthetic wig. 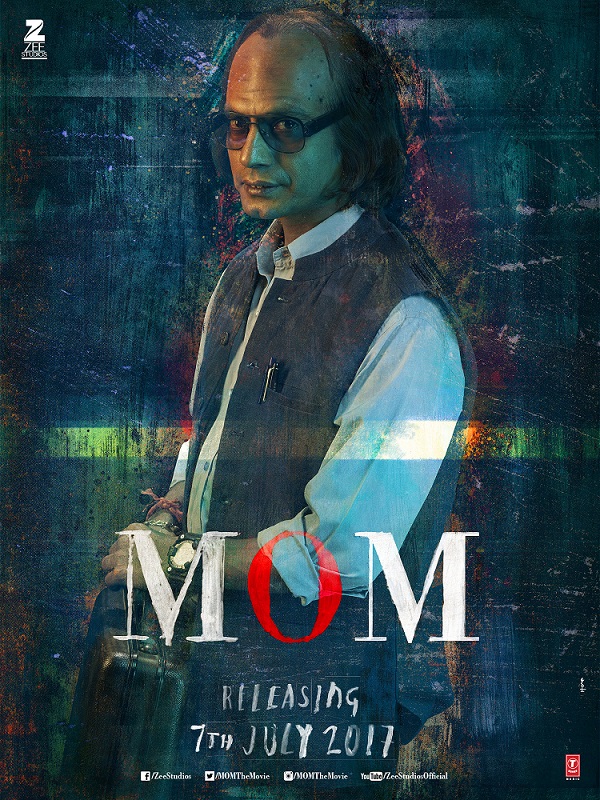 Is it true that nobody, not even Sridevi, was not able to recognize you, thanks to your look, in ‘MOM’?
Yes, nobody could make out it was me. I was standing next to Sridevi and I heard her saying, “Where is Nawaz? Why is he so late?” I told her, “Ma’m, I am very much here”!

I know it would be difficult for you to answer but please tell which film is closer to your heart – ‘MOM’ or ‘Munna Michael’?
Every film is a joy and every film has its flavor. ‘Munna Michael’ is as important as any other film – it’s a masala film. It has all the ingredients of an entertainer and not just for the heck of it. The plot is structured in such a way that masala is an integral part of it.

Your core fan base loves you as you do unconventional and art films. How have they reacted after seeing you dancing to “Gandi Baat” in a masala film like ‘Munna Michael’?
I believe that my fans should understand that I am an actor and I’ll be required to do diverse kind of roles. So keeping this in mind, if someone is able to love me, then that’s great. But if someone tells me to work in only one particular kind of film, then that’s obviously not possible. My advice to such people is that they should be fans of some other actor, not me! I feel most of my fans however love me because I attempt different kind of roles.

You are also doing Nandita Das’s ‘Manto’. What’s the latest update on that?
The shoot is over but the post-production will take up a lot of time as it’s a period film. The VFX itself will take many months. Hence, it should release next year.

After reaching this position, is there any added pressure on you to sign only good films?
Well, every actor thinks of doing only good films! However, I try my best to take up roles that not many actors would like to attempt as such roles have a lot of scope. For instance, ‘Raman Raghav 2.0’ was a role that no actor with a clean image would have touched even with a barge pole. I remember after the film released, a lot of women had extreme reactions, especially for the incest scene. But that’s a reality that we are portraying. Even in my upcoming film ‘Babumoshai Bandookbaaz’, I am playing a ‘besharam’ (shameless) character. He has no ethics or social values. On the other hand, I am also balancing by doing ‘Manto’. And it’s the joy of doing various kind of roles is what drives me. The typical hero in Bollywood is a clichéd character. He can’t go out of the box and has to work in a certain way. Thankfully, I am not bound by such rules and I am blessed to be working in the present era where I get such opportunities. I am not locked in a certain image.

Do you fear that a time will come when you have tried almost everything and there’s nothing new left to do?
During my theatre days, I have essayed close to 2,000 characters! And I have just started in Bollywood with prominent roles. Imagine if I start doing the roles that I did on stage, just think how many films I’ll be able to do! So I have no such fear at all. Even If I get a character that’s similar to some characters that I played in the past, then I’ll try my best to make it look different.

What do you think is the chief reason for the failure of a film?
There are various reasons. Sometimes, I feel that we aren’t upto the mark when it comes to screenplay. If you script is strong, then 90% of your challenges are over. Then of course, the actors need to do their job well. All of this also depends on who’s calling the shots.

Does commercial failure of your film bother you?
Not really. I am not in that race of people who get affected by these things. I don’t even get too excited if my film does too well. I don’t sign a film thinking “This film can be a huge hit and hence I should do it.” I feel blessed that I have come in this world to discover something new through the characters that I essay. I should be content with that. Those who think about collections have their own reason to do so. I try to find something new in each character that I play. I feel I am trying to discover myself with each character.

So do you mean to imply that you don’t feel sad at all if your film flops?
No. I just move on. If a film is successful, I do feel good that viewers were able to understand what we were trying to convey. And anyways, whether a film is a hit or flop depends on the film’s cost. ‘Raman Raghav 2.0’, for instance, was made on a budget of Rs 2.50 crore. It earned Rs 8-9 crore. It must have earned a crore or 2 more when its rights were sold. Isn’t that good? It’s not like each film has to cross Rs 100-crore-mark. Same with ‘Haraamkhor’. It was made in just Rs 60 lakhs. We got nearly Rs 1 crore just by selling it to Netflix. The film was majorly promoted on Facebook and for that, only Rs 10,000 was spent. Ultimately, we earned Rs 6-7 crore from theatrical earnings and by selling other rights. It goes over my head how on earth can you call such films flops? You can’t write off a film just because it had a poor weekend. Small films sometimes pick up from Monday. On the other hand, ‘Gangs Of Wasseypur’ made money at the box office. And when its DVD was out, it used to be sold like hot cakes. There were days when you won’t find one single DVD of that film. At that point, it was the world’s hottest film in the DVD market. Hence, it’s important to understand various ways through which a film is making money.

There were reports that a biography on you is being penned by Rituparna Chatterjee? When will that be out?
It’s a memoir actually and it will be out next year, possibly during the Jaipur Literature Festival. 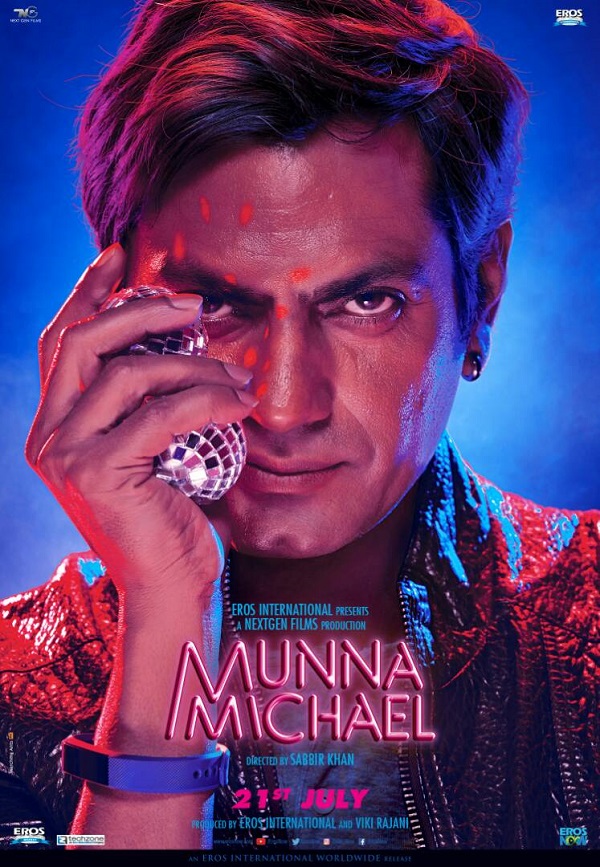