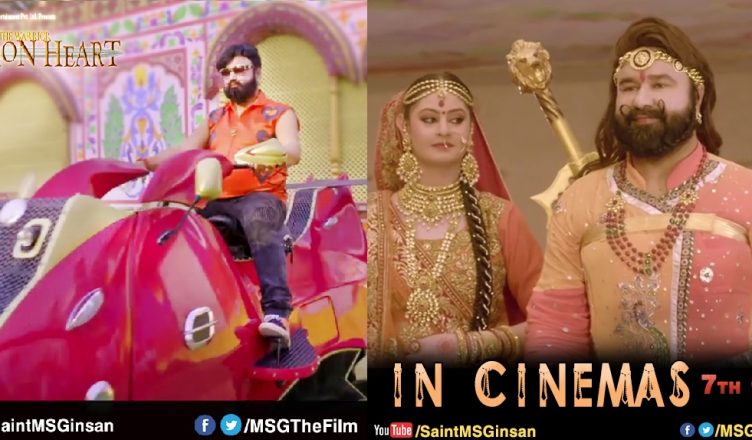 MSG The Warrior – Lion Heart is not the third part of MSG –The Messenger. This is a separate series altogether where Gurmeet Ram Rahim Singh Insan aka Dr Pitaji plays a super-sexy, technologically advanced dude called Lion Heart. And he’s alive since 350 years (and I am not surprised anymore, especially after watching even more weird stuff in his previous 2 films!). 90% of the film is flashback of how Lion Heart (known Sher Dil then) became the man who cannot die and how aliens had invaded our earth then. The film is 118 minutes long and the sad part for Dr Pitaji’s fans is that there are only 2 songs. Songs are a USP of his films after all. The VFX is tacky – there are hardly any scenes not shot in front of a green chroma scene. In a sequence, he parts the sea like Moses – the way it’s executed, you’ll forget for sometime that you have already seen it in The Prince Of Egypt, Exodus etc. In the earlier 2 films of Dr Pitaji, he used to never get injured and villains would never be able to defeat him. But in MSG The Warrior – Lion Heart, he gets screwed by the villainous aliens in a scene (heart-in-the-mouth-sequence). And there are not just aliens, there are monsters, ‘paagal haathi’s’ and giant gorillas trying to defeat Dr Pitaji (and obviously they lose and how) as well. Dr Pitaji advocates people to be good-hearted but that doesn’t stop him from cracking a racist joke (Tannistha Chatterjee, please don’t see this film, although the chances are extremely remote). A section of moviegoers are going to love a portion of the film wherein Dr Pitaji turns gau rakshak and beats up beef eaters (no prize in guessing which community they belong to in the film).

Like in MSG 2 – The Messenger, my show of MSG The Warrior – Lion Heart was sold out and was filled with Dr Pitaji’s fans, all who flew down from Haryana to see the film. I was the only local resident. But this time, the fans were seated on their own seats and not just anywhere. Also, they stood up during the National Anthem. And needless to say, they cheered, clapped, hooted and even waved to Dr Pitaji on screen! 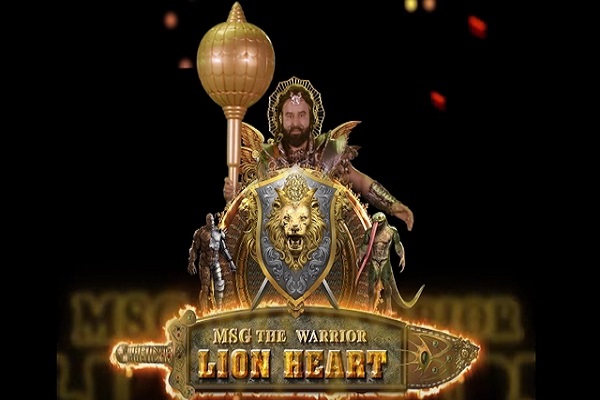 One thought on “Movie Review: MSG THE WARRIOR – LION HEART by FENIL SETA”