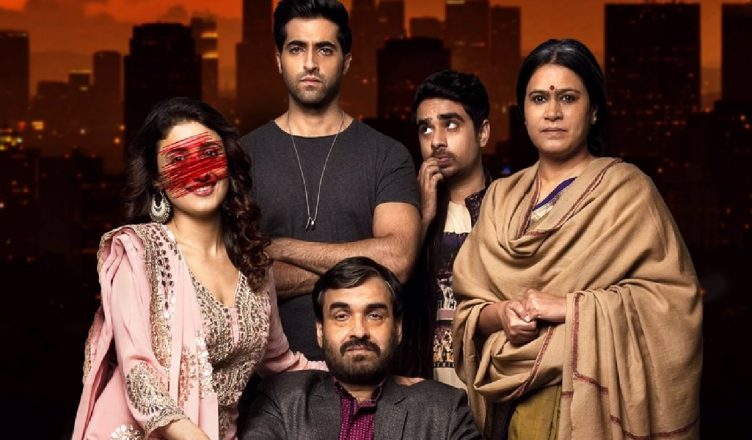 Haryana has often been shown in our Hindi films nowadays and in a way, it’s the new Punjab for Bollywood. While Dangal and Sultan showed the good side of the state, most of the films tend to focus how Haryana has gone wrong and turned into a lawless province. Gurgaon is another Hindi film that focuses on the latter. The performances are brilliant while the film looks straight out of real life but the second half is where the film falters a bit.

The story of the movie: Preet (Ragini Khanna) has just returned back to her Gurgaon home from abroad after completing her studies. Her father, the very rich builder Kehri Singh (Pankaj Tripathi) dotes on her and is quite critical of his elder son Nikki (Akshay Oberoi). He frequently gets scolded by Kehri and during one such instance, he walks away in a huff and gets into a major trouble when he tries to show how ‘cool’ he is. In order to get out of the messy situation, he comes up with an idea that doesn’t turn out to be good one, resulting in disastrous consequences.

The biggest plus of Gurgaon is that it’s highly realistic. One can get the feel of the emerging city, its swanky towers, wide roads and the eerie silence at the dead of the night. The characters are well introduced and no time is wasted in diving into the major point of the story within the first 10 minutes. The film gets better with the kidnap sequence and what happens thereafter. The scene where Kehri gets the ransom call is hilarious, witty and definitely the best part of the film! Post-interval, the drama continues and one also gets to know the back story that is quite shocking and gives a better idea about the characters. However, it’s also in the second half when the film goes off track. It’s not simplified which is not the case in the first half. Some of the developments that happen in the last 10-15 minutes are not entirely acceptable and justified. This is especially with regards to Kehri Singh’s character.

Performance-wise, Akshay Oberoi stands out. Known for good-boy roles, the actor looks menacing here. He has worked hard to convincingly play a Haryanvi character and it shows. He’s a highly talented performer and here’s hoping he gets more, well-written roles in significant films! Pankaj Tripathi plays a character that he has never played before and as always, he delivers a stupendous performance. Here’s an actor who can never go wrong! Ragini Khanna does a great job in a supporting role. She should be seriously considering doing films more often! Srinivas Sunderrajan (Murthy) does well without going overboard. Aamir Bashir (Bhupi) for the first time plays a tough, don’t-mess-with-me character and looks totally convincing. Watch out! Shalini Vatsa (Karma Devi, Kehri’s wife) leaves a mark. Anna Ador (Sophie) is decent. The actors who play Nikki’s brother, Nikki’s friend, the guy who kidnaps and the betting guy do a fine job.

Music fails to make an impact. No song is worth remembering. Vivek Shah’s cinematography is fantastic – it captures the details just the way it is supposed to. Rita Ghosh’s production design is authentic. Story is interesting while Shanker Raman, Sourabh Ratnu, Vipin Bhati and Yogi Sinha’s dialogues are quite sharp. Special mention should also go to the opening dialogue. Shanker Raman and Sourabh Ratnu’s screenplay is very effective in the first half but goes off track in the second half. Same goes for Shanker Raman’s direction. He knows his craft and manages to engage audiences beautifully by not showing it all and hiding few details initially only to be revealed later.

On the whole, Gurgaon is a gripping crime-drama that seems straight out of real life. Akshay Oberoi rocks the show while Pankaj Tripathi as always is quite terrific. The film is just 110 minutes long and engages viewers from start to finish. While the first half is fantastic, it’s the second half where the film falters and the impact gets a bit diluted. Definitely, one-time-watch!