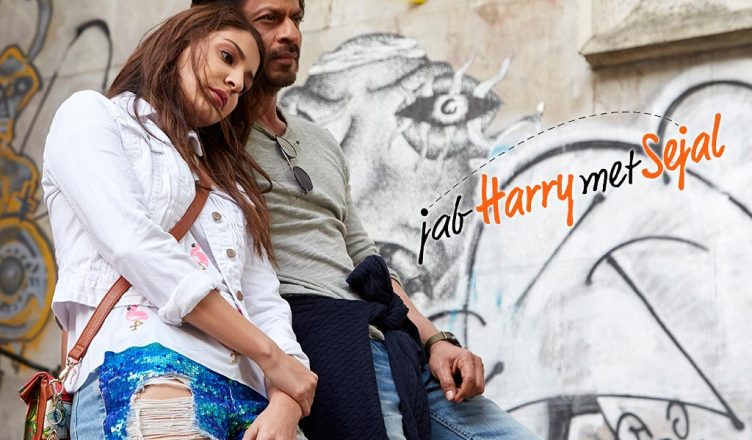 WILL JAB HARRY MET SEJAL SUCCEED AT THE BOX OFFICE?

Shah Rukh Khan is one of the greatest superstars of the country but in the last few years, his box office performance hasn’t been great. While Salman Khan and Aamir Khan both have given 2 Rs. 300 crore grossers, SRK’s film have been struggling to reach even 150 crores. Despite tremendous hype and a super-hit cast and director, Dilwale underperformed highly. Fan, featuring Shah Rukh Khan in a double role, flopped and didn’t even reach 90 crore mark, forget 100 crore. Raees too underperformed and closed at less than 130 crore. Hence, a lot of expectation rests on Jab Harry Met Sejal, SRK’s next that releases tomorrow.

It is directed by Imtiaz Ali and co-stars Anushka Sharma. The theatrical trailer was fun and the movie looks like a nice rom-com. Anushka Sharma’s Gujarati girl act seems endearing and funny. As it’s an Imtiaz Ali film, there’s lot of travel and there’s a philosophical touch that the guide in the film himself is lost and needs guidance. Songs have been noticed and loved, especially Radha.

Sadly, the promotional campaign hasn’t been great. The trailer didn’t come out at first. The mini trials were out and these didn’t seem interesting. The Radha song is fun but the dialogue before and after the track shown in the video release wasn’t great. The film looks too urban and it remains to be seen if it would be able to make an impact with the masses. Thankfully, it’s a solo release and though Toilet – Ek Prem Katha releases next week, it has the first week to earn sufficiently. Also, if the response is great, then it can do good business even in Week 2 despite competition. Moreover, Monday August 7 is holiday (Raksha Bandhan). Hence, it has a four-day weekend and if all goes well, the film should put up good numbers. Its Shah Rukh Khan doing a fun love story after ages, after all! But if response is poor, the collections can come down from Day 2 itself or it might have a decent weekend and then fall in the weekdays, like it happened with Raees.

Shah Rukh Khan is a fine actor with tremendous fan following. Here’s hoping Jab Harry Met Sejal turns out to be that blockbuster that he badly needs!

WOULD YOU LIKE TO SEE JAB HARRY MET SEJAL AND WHY? DO LET ME KNOW!