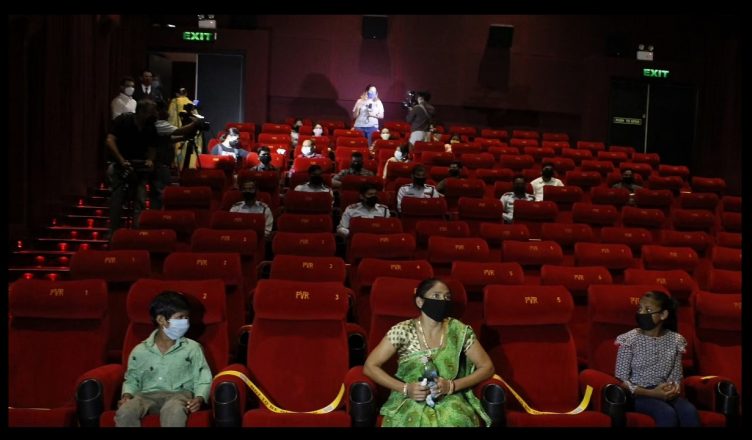 The second wave of Covid-19 turned out to be quite extreme and brutal, as compared to the first wave. The cases began to rise in the second half of February and by mid-April, most states once again went into lockdown. During the first wave, the daily number of cases never crossed the 1-lakh-mark. But in the second wave, the cases went past not just the 2 lakh and 3 lakh mark, but also the 4 lakh mark. The peak finally came on May 6 when 4,14,280 cases were recorded nationwide.

One expected that the cases would reduce gradually just like last time. However, this time, the second wave has lost steam quickly. Since Monday, the daily number of cases has remained below the 1 lakh mark. As the positivity rate also reduced, many states decided to lift restrictions to some degree. Mumbai, the hub of the film industry, is located in Maharashtra, the state where the government prefers to go rather slow in opening up the economy. And the decision taken on May 31 to open non-essential shops from June 1 on alternate days that too only till 2:00 pm made everyone expect that it’ll take months before most of the industries are allowed to function properly.

However, last week, Minister Vijay Wadettiwar in Maharashtra state government announced that the state is going to be unlocked and that districts will be graded depending on the number of cases. The chief minister’s office immediately made it clear that the proposal is still under consideration. It, however, gave an idea that happy days are around the corner. On Saturday June 5, chief minister Uddhav Thackeray announced that the level-based plan will be put into place from Monday June 7.

As per this plan, districts or municipal corporations with less than 5% weekly positivity rate and under 25% oxygen bed occupancy will be in Level 1. These places can go for a complete unlock. It means that shops, malls, gyms, salons, restaurants, theatres, public transport, industries etc can resume without any or minimal restrictions. Nagpur, Aurangabad, Ahmednagar, Jalgaon etc fell in this category.

Mumbai’s satellite cities like Kalyan, Dombivali and Navi Mumbai came in Level 2 category. Under this category, weekly positivity rate has to be less than 5% and oxygen bed occupancy has to be within 25-40% range. Even here, everything can open but at 50% occupancy.

Level 3 consists of those regions where the weekly positivity rate is between 5-10% and oxygen bed occupancy is over 40%. Mumbai sadly got into this category as it’s weekly positivity rate was 5.56%. As per the rules, all shops and restaurants can remain open till 4:00 pm while cinemas and malls will remain closed.

As per the government notification, every Thursday, the public health department of Maharashtra will declare the list of oxygen beds occupancy and weekly positivity rate in each district. Depending on these figures, a decision will be taken whether a district needs to be moved to a different level. Hence, Mumbai is expected to move to Level 2 over the weekend as its positivity rate has remained below 4% in the last 7-8 days. Once that happens, cinemas will be allowed to resume in the Maximum City as well.

Even outside Maharashtra, it is expected that the other state governments will approve the restarting of theatres. This is a welcome move and not something that was expected so soon. One assumed that just like how last year unlocking began in June and theatres were asked to resume operations only in mid-October, something similar will happen this time too. But with cases falling rapidly and the vaccination drive also picking up, the authorities it seems have got the confidence to take the plunge.

Although cinemas can function in Navi Mumbai and will be allowed to reopen in Mumbai, none of the theatres will actually commence operations. This is due to lack of content. But once the major cities allow theatres to function, it is expected that some films will see a release from July.