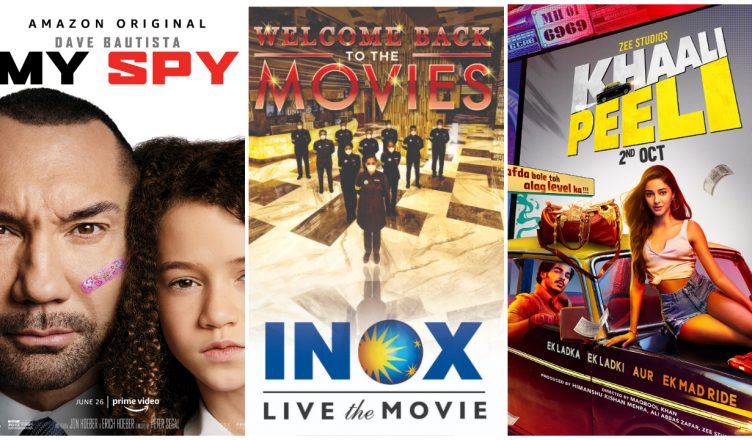 On September 30, the Central government announced that cinema halls will finally be permitted to reopen from October 15. It led to a wave of cheer among the exhibitors as the sector has been suffering a lot ever since the beginning of lockdown. They have been requesting the authorities since June to allow operations to resume. Their pleas and effort grew manifold when they were now allowed to restart cinemas in September.

With theatres finally being allowed to function, a few obstacles still remain. While most states have agreed to this guideline, the government of Maharashtra hasn’t still given the nod due to the high number of Coronavirus cases. As per the reports, the exhibitors are constantly in touch with the relevant officials and have been requesting them to grant the permission. Two developments have given exhibitors hope that the permission will be given before the end of October. One is that the cases have been steadily declining in the state since the past 3 weeks. Secondly, the government, in a sudden move, has allowed restarting of Metro trains in Mumbai from Monday October 19. The exhibitors are hoping that in the next 10 days, they might also get a chance to unlock cinema operations.

Even if this hurdle is crossed, a major challenge still remains. Prior to the lockdown, the producers and exhibitors have agreed on a deal with regards to revenue sharing. For years, the producers felt that they deserve more share of the revenue. And in the post-Covid era, the producers have begun to demand to renegotiate the share. Some of them, especially those who didn’t release their film on OTT, reason that they deserve a higher share. They waited patiently for months and suffered an increase in budget and yet they didn’t give in to the OTT temptation. Hence, they feel their demand is fair.

The exhibitors, meanwhile, argue that this is an arm-twisting tactic and that too at a time when they are down and about. So they don’t want any change in the existing structure. A meeting is going on between the two. Till they don’t reach a consensus, one can’t expect the release of new Hindi and Hollywood films at least. Warner Bros India is fully ready to release Christopher Nolan’s Tenet in India but would release only after this deadlock ends. It is expected to release on October 30 or November 6. As for Hindi releases, Suraj Pe Mangal Bhari, starring Manoj Bajpayee, Diljit Dosanjh and Fatima Sana Shaikh has been announced as a Diwali release (November 13). Indoo Ki Jawani and Bunty Aur Babli 2 might also make it on the Festival of Lights. Again, this is subject to the producers and exhibitors reaching a common ground with regards to revenue sharing.

So what can we expect in cinemas in the interim? To begin with, old films like War, Tanhaji: The Unsung Warrior, Malang, Thappad, Shubh Mangal Zyada Saavdhan etc will be-releasing. PM Narendra Modi, which released last year but was never aired on TV or streamed online, will arrive in cinemas from tomorrow. As a tribute to late actor Sushant Singh Rajput, Chhichhore and Kedarnath will re-release. His last film Dil Bechara won’t be getting a release in leading multiplex chains as it was a direct-OTT release. The same holds for other such films as well like Gunjan Saxena, Shakuntala Devi, Khuda Haafiz etc. Khaali Peeli, which released through pay-per-view model on October 2, will have limited release in standalone properties. As for Hollywood, My Spy will be releasing tomorrow. This is one of the first films to release in India post lockdown along with Bengali flick Ebhabei Golpo Hok. Two more small Hollywood films shall release in upcoming weeks like The Rental and Force Of Nature.

The regional cinema will also see several releases. In fact, almost 10 Bengali films are expected to release next week as its Pujo time. It’s a suicidal move and exhibitors have requested not to do so and yet, the makers have not budged as of now.

Needless to say, the first 2-3 weeks won’t see much of business happening especially for Hindi and English films. The Hindi films are the ones who had mostly or fully completed their run and are already out on TV and digital. Still, this is a good start and once new and exciting films release, footfalls are bound to increase.