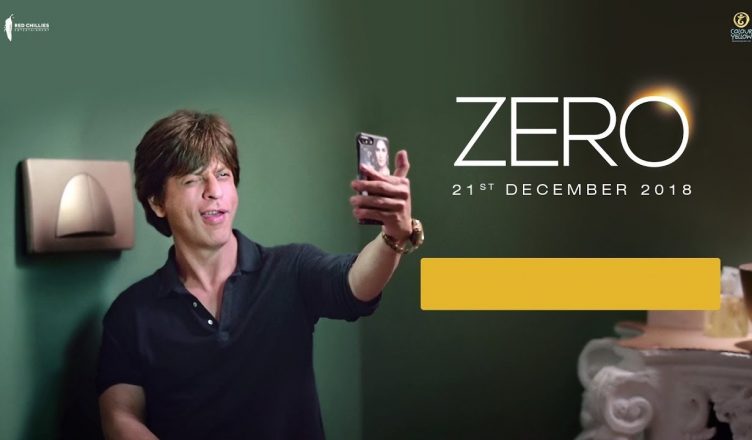 WILL ZERO TURN OUT TO BE THE BLOCKBUSTER THAT SHAH RUKH KHAN DESPERATELY NEEDS?

One of the most decisive Fridays is here. Zero, starring Shah Rukh Khan, is all set to be finally released after being in production for more than 1 ½ years. The premise and characters are very interesting and trade, industry and viewers are looking forward to its outcome at the box office.

Zero stars Anushka Sharma and Katrina Kaif as well besides SRK. The superstar plays a vertically challenged man and the team has managed to achieve the same through VFX. And it looks fabulous on screen! The character of Bauua Singh is expected to create a riot as he’s so witty, funny and massy. Anushka Sharma plays a handicapped scientist while Katrina Kaif essays Babita Kumari, a superstar with a complex personality. The principle plot hasn’t been revealed yet and it’ll be fun to see how these three characters come together. Moreover, the trailer shows a glimpse of a spaceship going to the moon. And 2 days ago, a new poster was unveiled featuring SRK posing with an ape! Just exactly will all these bits be there in the film has intrigued viewers.

Zero is directed by Aanand L Rai, known for making rooted and entertaining cinema. His last directorial, Tanu Weds Manu Returns, is one of the biggest blockbusters of Bollywood, if we consider the budget and return on investment. It was a film made in less than Rs. 40 crore and earned Rs. 150 crore at the domestic box office! Also, this was achieved by having R Madhavan and Kangana Ranaut, who are not that big. And here, there’s Shah Rukh Khan, whose popularity is immense. Since the last few years, his track record has taken a beating because of a string of flop and underperforming films. His last film, Jab Harry Met Sejal, was a big-time commercial disaster. Besides having a flawed scripts, his films like Fan and also Jab Harry Met Sejal were also too niche. So even if they were hits, they wouldn’t have done lot of business. Zero however looks completely massy and simple. And Aanand L Rai knows the pulse of the audience well. Hence, Zero is an ideal film for Shah Rukh Khan at this point!

The buzz for Zero however is not huge. Music too hasn’t worked big time, even though one song has none other than Salman Khan sharing screen space with SRK. The opening hence won’t be that big or record-breaking and it should be around Rs. 28-30 crore range. A good word of mouth is needed and if that happens, Zero will have a dream run. Tuesday December 25 is Christmas which will be huge. And even collections on Monday December 24 will be huge, at least after 3-4 pm, since its Christmas Eve. The release of the biggie, Simmba, next Friday will put a dent in its collections. But if the response is positive, it won’t be a big problem.

However, if audiences on the whole give it a thumbs down, Zero can turn out to be another big debacle. The response today spreads fast and collections can crash the next day itself. This was seen recently in the case of Thugs Of Hindostan. It released on a Thursday and collections came tumbling down on Friday itself. And Thugs Of Hindostan at least had an empty second week to gain some ground. Zero doesn’t even that. If it doesn’t work, most of its shows would be happily replaced by Simmba by exhibitors. Something similar happened with Jab Harry Met Sejal whose shows were removed and replaced by Akshay Kumar-starrer Toilet – Ek Prem Katha.

Shah Rukh Khan is a terrific entertainer which is why he has survived for more than 25 years. The super-success of Zero is important for him to sustain and have an even longer run. Here’s hoping Zero works big time and adds many more zeroes to his bank balance!

WOULD YOU LIKE TO WATCH ZERO AND WHY? DO LET ME KNOW!