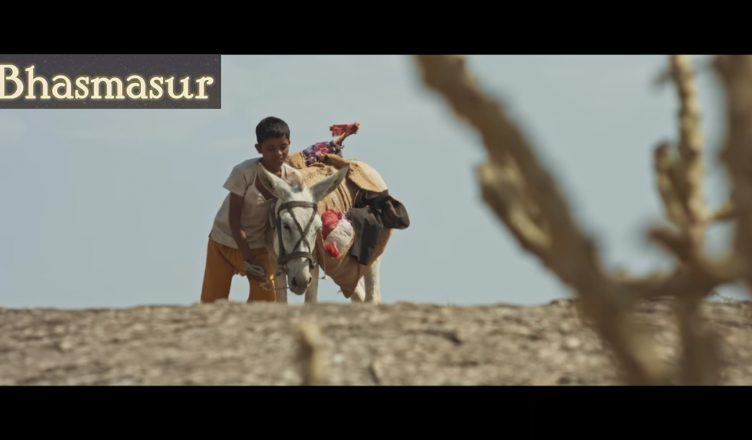 Bhasmasur is based on a simple idea and manages to pack in a lot. The duration is just 75 minutes – not too short and not too long either. It tells a story of a poverty-stricken family in rural Rajasthan who are compelled to sell their beloved donkey to pay off their dues. It can be categorized as a ‘road trip’ film but the journey has a lot of ups and downs, not just outside but inside as well. Despite the short length, the film seems a bit stretched and a few developments in the middle seem slightly difficult to digest. But nevertheless, it manages to put forward its point well. Imran Rasheed, whose performance in the short film ‘Haircut’ is unforgettable, does an equally good job here. Here’s a very talented actor who deserves to be seen a lot. Mittal Chouhan as the kid Tipu is adorable and is quite a talent. Trimala Adhikari leaves a mark in a small role. This actress, who played Nawazuddin Siddiqui’s wife in Haraamkhor, has not just acted but is also the film’s casting director, one of the costume designers and also one of the production designers. Krishna Purohit‘s music gives the film a nice touch. Shirish Tomar and Sambeet Kumar Mishra‘s cinematography is stunning and captures the arid landscape nicely. Nishil Sheth’s direction is apt. After making a round of several film festivals, Bhasmasur is now available on Netflix. Do give it a try!