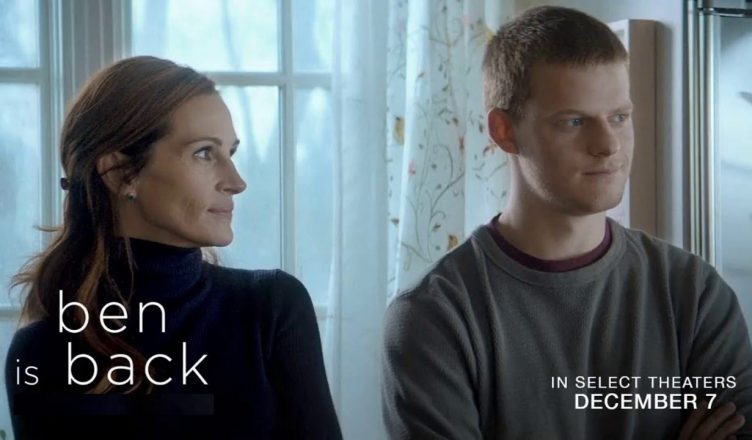 Ben Is Back is a gripping tale of a mother facing a crisis when her drug addicted teenaged son returns home on Christmas Eve from the rehab unexpectedly. The 1 hour 43 minutes long film is written and directed very well by Peter Hedges and even unpredictable as you don’t know where the film is headed next. The various characters are very well fleshed out and their interactions with each other make for a great watch. The second half is when the film gets into the tension zone. But this is also the point where the film gets quite unconvincing. Thankfully, the climax makes up for it in a way. Julia Roberts as expected rocks the show. I am ashamed to admit but this is my first ever Julia Roberts film in cinemas. But better late than never and it was a treat to see her talent in full glory on the big screen! Lucas Hedges is on a roll, after Boy Erased, as he delivers yet another spectacular performance. Here’s hoping that both of them get nominated at the Oscars! Courtney B. Vance is fine while Kathryn Newton leaves a huge mark. Ben Is Back releases today and it’s a film to definitely watch out for!