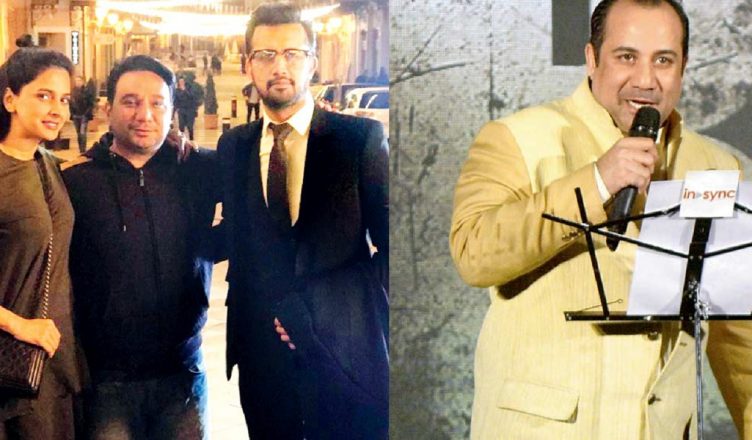 The Uri Attack of September 2016 left a deep scar on India-Pakistan relationship and Bollywood paid a heavy price for it. Karan Johar’s Ae Dil Hai Mushkil, which was to release just 40 days later on October 28, 2016 was threatened with dire consequences by Raj Thackeray’s Maharashtra Navnirman Sena since it starred Pakistani actor Fawad Khan. The anger towards the artistes of the neighbouring country was so strong that it seemed that they’ll never be able to work together in Bollywood. T P Aggarwal, who heads the Indian Motion Picture Producers Association (IMPPA) passed a resolution banning Pakistani artistes and technicians across the film, television and theatre mediums in India until normalcy is reinstated between the restive neighbours. Aggarwal then decided to lead by example – he decided to replace the voice of Rahat Fateh Ali Khan from a song from his film Laali Ki Shaadi Mein Laaddoo Deewana. His grouse was that none of the Pakistani artistes condemned the ghastly attack and hence, he felt justified to boycott them.

It’s been 6 months since the ‘ban’ was passed. Laali Ki Shaadi Mein Laaddoo Deewana is about to release and shockingly, Rahat Fateh Ali Khan’s voice has been retained (check out the song in the YouTube video below)! According to a report, music composer Vipin Patwa managed to convince the makers. The same report carries a statement of T P Aggarwal in which he admits that he decided to replace Rahat saab’s voice because he wanted to ‘play safe’.

Replacing an actor after the film is shot is next to impossible. Hence, the entire demand to replace Fawad Khan from Ae Dil Hai Mushkil, Ali Zafar from Dear Zindagi and Mahira Khan from Raees was just not feasible since all these films were shot (except Raees) when the Uri Attack happened. But replacing a singer can be done anytime. One of the big examples of it was Arijit Singh’s voice replaced by Rahat Fateh Ali Khan himself for Jag Ghoomeya from Sultan. Therefore, it’s shocking that T P Aggarwal didn’t do so after boasting about the same in front of the media and the country. But his recent statement has made it clear – he was not being patriotic, he was being safe. He felt that the anger towards Pakistan is tremendous and it’s best to take safety precautions. Or else, he might get into trouble just like how Karan Johar did for Ae Dil Hai Mushkil. Obviously, he couldn’t admit that he’s taking the decision of replacing Rahat Fateh Ali Khan due to fear. So he gave his decision a nationalistic colour!

And that’s not all. Makers of Irrfan Khan’s May release Hindi Medium that stars Pakistani actor Saba Qamar shot for a promotional song, Hoor, sung by Pakistani singer Atif Aslam! The singer himself was present during the shoot and was seen posing with Saba and choreographer Ahmed Khan (see pic above).

With time, the anger towards Pakistani artistes has subsided and hence, Bollywood is neatly taking small steps of bringing these talented people back into our movies. And this was bound to happen since the cultural bond between India and Pakistan is hard to break. The singers and actors from that country have done some great work that would be remembered for years. Also, as explained in this post, while Bollywood was pressurized to ban Pakistani artistes, the trade between the two countries went on without a single glitch. This shows that all the netas and self-confessed patriots who were spearheading the ‘Ban Pak artistes’ were doing it just for publicity and not for the love of the country.

The Pakistani artistes still aren’t allowed in India. Atif Aslam and Saba Qamar shot for the song in Georgia. Saba won’t even be present in India to promote Hindi Medium, just like Mahira wasn’t allowed to enter India to promote Raees. But that Bollywood has started taking Pak artistes back shows that slowly and gradually, we’ll soon have hopefully Fawad Khan, Ali Zafar and Mawra Hocane entertaining us in Bollywood films in future!