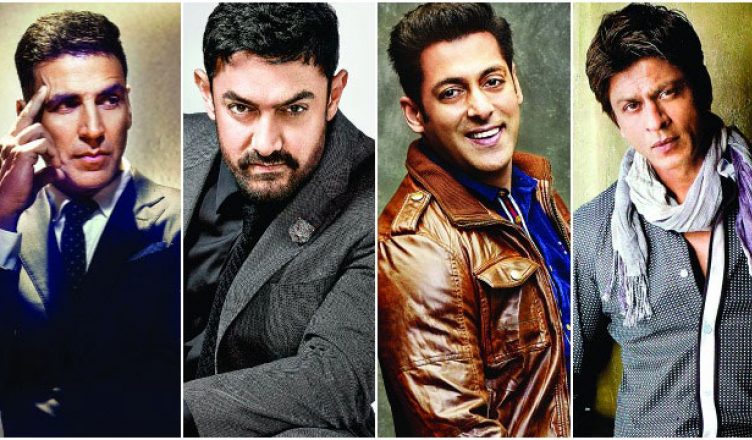 The expected has happened. I was sure that Akshay Kumar will have to hide his face on April 29. After all, it was the day of voting in Mumbai, the city where almost all Bollywood celebrities reside. Akshay, who has branded himself as the true nationalist and deshbhakt, was conspicuous by his absence at the polling booth. And this was expected since the actor has a Canadian citizenship since a long time. India doesn’t allow a dual citizenship. As a result, Akshay has given up his Indian citizenship in order to secure a Canadian passport.

So what’s the big deal, one may ask. There are many actors who aren’t Indians but are working in Bollywood like Alia Bhatt, Jacqueline Fernandez, Imran Khan etc. So if Akshay Kumar is not an Indian citizen, does it really matter? Well it does and there are many reasons for it. In the last few years, Akshay has branded himself a true nationalist and patriot. It first reflected in his choice of his films. In Baby, he played the role of a secret agent who is ready to do anything for the country. In a memorable dialogue, he tells a communal leader that while filling the religious column in a form, he mentions ‘Indian’! In Rustom, he essays a righteous officer of Indian Navy who makes a huge sacrifice to save the honour of the defence forces. In Gold, witnessing the Indian National Anthem being played when India wins the Olympics was his character’s ultimate goal. In Kesari, he chronicles a brave incident involving Sikh soldiers who fight for India despite being in the British Army. He also shifted towards social dramas like Toilet – Ek Prem Katha and Pad Man and these spoke about women empowerment, importance of sanitation and removal of taboo surrounding menstruation.

These reel life characters were still not a problem. However, it was compounded with the fact that in real life too, he branded himself as a true patriot. He propagated the idea of Bharat Ke Veer, an app through which people can donate to the martyr’s families – a fantastic move without a doubt. At times he went too far. For instance, he endorsed Kajaria Tiles and even here, he infused his patriotism propaganda. In the TVC, he can be seen playing an army man and adjusting the flag on a kid’s coat! So as one can see, in every way possible, the information was hammered that Akshay means true Indian and vice versa.

Akshay Kumar, moreover, became quite close to the ruling BJP government. He made his fondness for Prime Minister Narendra Modi known extensively. During the 2015 intolerance debate, he was among the first ones to say that the movement is hogwash and unfair. He recently did a non-political interview with Narendra Modi and one can see that he is constantly trying to place himself in the good books of BJP. He did everything right – from doing socio-political and patriotic films to spreading Modi’s pet project Swacch Bharat Abhiyaan through Toilet – Ek Prem Katha to talking about the welfare of soldiers to promoting Modi during the crucial elections – each and every move was calculated in order to project himself as a true Indian and deshbhakt. And yes, for those who are confused, being friends with BJP is a bonus point for all those who wants to be known as true patriots nowadays!

So as one can see Akshay Kumar succeeded in all counts except for one – giving up on his Indian citizenship! And then unsuccessfully trying to hide the fact. This is a classic case of how a successful brand can be created easily but can fall like a pack of cards if not managed well. Akshay in no time became a prototype of ideal Indian but when challenges stared him on his face, he faltered and how. For instance, earlier he was asked to comment on his Canadian citizenship, the actor shockingly and brazenly lied that it’s just an honorary citizenship offered by the Canadian government. A quick Google search will tell anyone that very few personalities have been offered Canadian honorary citizenship and Akshay is not on that coveted list. Yesterday, media cornered him for not voting and Akshay refused to answer and walked off. It just makes me wonder – couldn’t he and his team thought of a better way of tackling these queries? Was lying and running away the only solutions?

Apolitical Akshay Kumar’s angry reaction when a reporter asked him reason for not casting his vote. pic.twitter.com/tlycPwWmDh

More than Akshay Kumar, it’s his fans that are actually running for cover. His fan following also includes blind BJP fans for whom Akshay is ‘apna aadmi’. They loved for Akshay for all the deshbhakti he tried to project. They went gaga over his interview with Modi, wherein the actor asked the PM amusing questions like whether he consumes mangoes! And these same fans are the ones who abhor the 3 Khans – Shah Rukh, Salman and Aamir. They just wait for them to do anything that can be perceived as an anti-Indian act. Their Muslim religious identity is also something that the fans use to diss them. Remember how these fans went on a rampage when Aamir made the infamous intolerance speech? When nothing works, they resort to rumours. Every now and then, a false narrative is spread that Shah Rukh Khan did a charity show for Pakistani flood victims. Despite telling this lot that the superstar never did such an act, they refuse to listen as this rumour is in sync with their thought that since SRK is a Muslim, he is bound to be anti-India and pro-Pakistan.

Today, these bhakts are silent as all the three Khans came forward to exercise their right to vote. They have no words when Aamir Khan undertakes a massive movement for water conservation. Aamir in fact has made it clear that he was born in India and would even die here. And Akshay Kumar very proudly has claimed that after retirement, he’s going to settle in Toronto, the capital of Canada! My question to the blind bhakts is – imagine if the reverse had happened? Suppose if Aamir had a Canadian citizenship, would you guys have still looked the other way? If this is not hypocrisy and religious discrimination, then what is it?

As for Akshay Kumar, he is sadly in a Catch-22 situation. I guess he can’t go all out and be like ‘Yes I am Canadian…big deal’! If he does so, he might lose out on endorsements and even his upcoming films, which have a patriotic touch, might be affected, as critics and media would tear him apart. Let me make it clear – I still absolutely love him as an actor and his choice of films are exemplary. I see uncut videos of his events as he brings the house down with his laughter. There’s nothing wrong in getting a Canadian citizenship and he has all the rights to do. Also, having a Canadian citizenship doesn’t make him less of an Indian. In his quest for building his brand, he did some very good work like making menstruation conversations normal, spreading the idea of sanitation and helping families of martyrs. One only wishes he had handled the Canadian citizenship row in a better way. Here’s hoping he comes with a fine strategy and ends this controversy once and for all.

As for his anti-Khan fans and bhakts, well, get well soon!

2 thoughts on “Akshay Kumar Canadian citizenship row: The joke is on his fans who call him true Indian but consider 3 Khans a traitor”