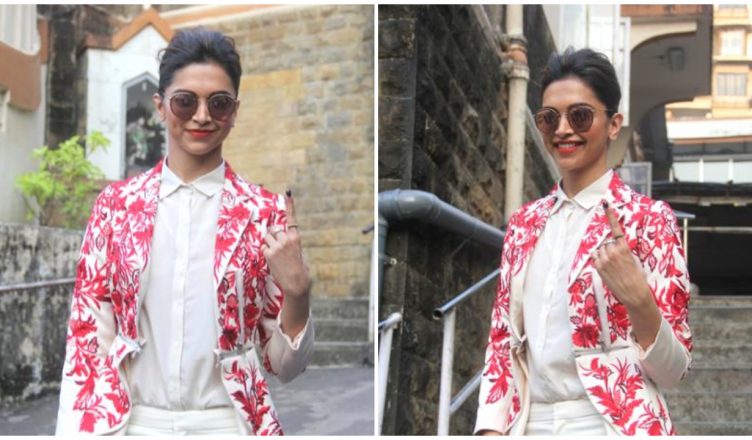 Off late, a few reports have surfaced that provides a list of actors who are ‘foreign nationals’. As a result, the reports further say that these celebrities won’t be able to vote for the upcoming Lok Sabha Elections 2019. Many names of celebs are common across these various listicles, one of which is of Deepika Padukone.

And this is not the first time that the Padmaavat actress has been labelled as a foreign national. As per these articles, the actress was born in Copenhagen, Denmark. Hence, she has a Danish passport! A few years ago, Kamaal R Khan, who has a massive Twitter following, had also spread this information about Deepika being a foreign national.

The claim however is completely false and it can be proved quite easily. A quick internet search titled ‘Deepika Padukone voting’ will take you to the images of the actress flashing her inked finger in 2014. This was the time when Maharashtra Assembly Elections happened in October of the year. This alone is a big proof that the talented performer is Indian just like you and me.

Also, it’s a known fact that before joining films and modelling, she played badminton at national level. A foreign citizen obviously can’t represent India. Moreover, the assumption that Deepika automatically became Danish by birth because of her birth in Copenhagen is also anything but true. She was born in the year 1986 and as per the rules then under the Citizenship Act, 1955, ‘A person born outside India on or after 26th January 1950 but before 10th December 1992 is a citizen of India by descent, if his father was a citizen of India by birth at the time of his birth’. Deepika’s father, Prakash Padukone, was born in India in his native village in Karnataka. Hence, Deepika was Indian the second she came into this world.

A deeper search on the internet will take you to two videos that also prove the point that she is a citizen of India. In the first video, she can be seen saying in the beginning itself that “I WILL vote”.

In the second video, she can be seen emphasizing why it’s important for ‘all of us’ to vote.

And finally, HERE’S A VIDEO THAT SAYS IT ALL…STRAIGHT FROM THE HORSE’S MOUTH!

We reached out to Deepika Padukone’s spokesperson who also confirmed that she never held a Danish passport and was always Indian.