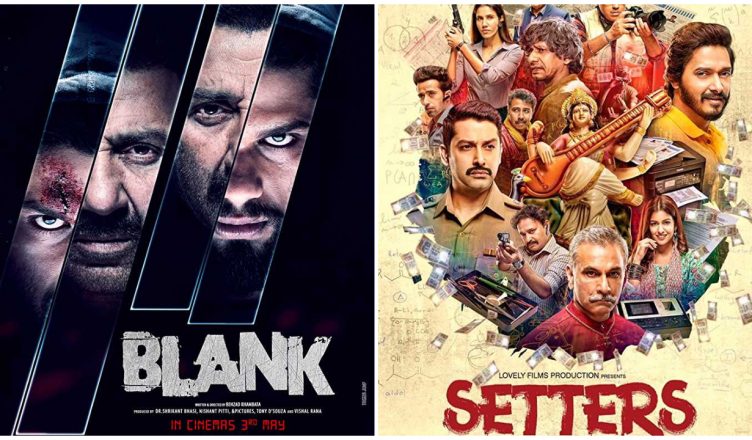 Last week’s Hollywood biggie Avengers: Endgame, has as expected, broken all records. If all goes well, it will cross the Rs. 400 crore mark at the Indian box office which is simply phenomenal. And as it usually happens after the release of a biggie, no big Hindi film is releasing tomorrow since the Avengers wave is still strong. But two small films will hit screens and try their luck. My analysis:

BLANK: It marks the debut of Simple Kapadia’s son and Dimple Kapadia’s nephew, Karan Kapadia. It also stars Sunny Deol in a significant role along with Isihita Dutta and Jameel Khan. Directed by debutant Behzad Khambata, the premise is promising – a suicide bomber loses memory in an accident minutes before setting up the bomb and is nabbed by the cops. The film is also just 111 minutes long and promises to be a fast-paced actioner. Songs haven’t worked but a track featuring Akshay Kumar has got noticed. In fact, the film has been extensively promoted. Akshay’s wife and Dimple’s daughter Twinkle Khanna has also been promoting it on social media. All these tactics have made people aware of the film but not excited for it. The opening will be poor and might score a bit in small centres where action films work. The opening will be less than Rs. 1 crore, in the range of Rs. 60-70 lakhs range.

SETTERS: Just like Why Cheat India, Setters is also based on cheating in exams and the mafia’s association with it. Shreyas Talpade, Aftab Shivdasani, Sonnalli Seygall and also Blank’s heroine Ishita Dutta is a part of the film along with other talented performers like Vijay Raaz, Pavan Raj Malhotra, Jameel Khan and Neeraj Sood. The trailer is surprisingly quite good but there is no hype at all about the film. And there’s of course also Avengers: Endgame which will be super strong in Week 2 too. The opening will be disastrous, and will be around Rs. 30-35 lakhs. Surprisingly, even Why Cheat India had a very bad opening of Rs. 1.50 crore.