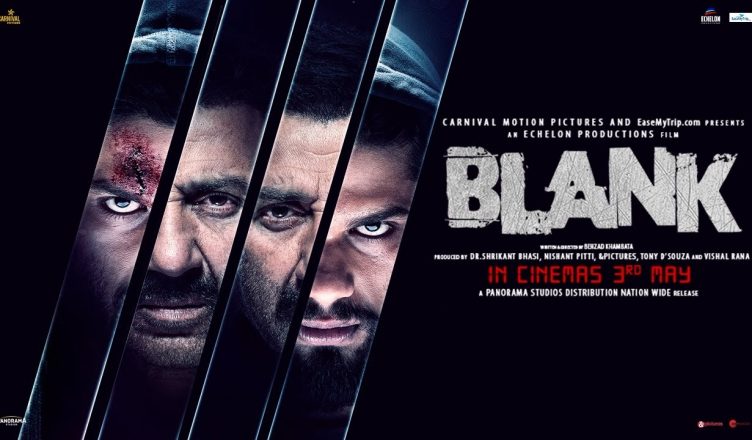 Blank marks the acting debut of Simple Kapadia’s son Karan and also the directorial debut of Behzad Khambata. Both have done their work quite well. Karan is still raw and needs to brush up his acting skills but he manages to sail through. Behzad Khambata is quite good and handles some scenes like a pro. Sadly, the script is very poor and heavily flawed. One might not realize that in the first half. Even the twist in the climax initially might impress viewers. But the moment one processes the sudden developments, one realizes that the writer has taken ridiculously too many cinematic liberties just to shock audiences in the finale. Talking of other performers, Sunny Deol seems to be in good form, and to see him in an action avatar after some not-so-great roles in Yamla Pagla Deewana Phir Se, Mohalla Assi and Bhaiaji Superhit is heartening. Ishita Dutta is decent while Karanvir Sharma has a fine screen presence. All in all, Blank is a disappointment!