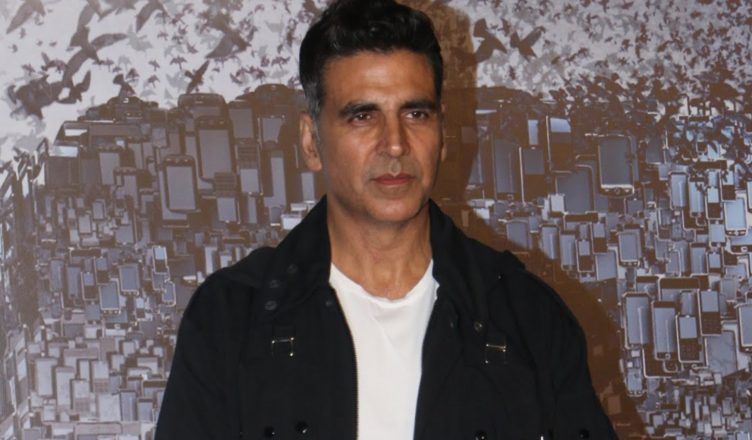 After the brouhaha that emerged over Akshay Kumar’s no-show at the polling booth during the voting day in Mumbai on April 29, the superstar had to finally give in a statement. It was known since a long time that he has given up his citizenship of India and turned Canadian. That is not a problem but he started branding himself as an ideal Indian. This was reflected in his choice of films and even ads. Not just that, he got close to the BJP leadership. Recently, he got a chance to do a non-political interview with Prime Minister Narendra Modi. Modi and BJP fans are known to be aggressive and they became Akshay fans as well. Using his name, they often targeted the three Khans – Shah Rukh, Salman and Aamir Khan – over their religious identity. They also spread rumours like SRK has performed at a charity show for Pakistani flood victims.

Surprisingly, these ruthless and often abusive fans, who distribute certificates of patriotism, got highly embarrassed when Akshay Kumar simply didn’t turn up to vote. Even previously, he has not voted and no one then battled an eyelid. But this time, the stakes were different since Akshay had got into the zone of ideal deshbhakt and BJP ally. As a result, the social media exploded over him not voting and he was extensively trolled. To make matters worse, a day later after the polls, on April 30, Akshay attended the screening of the film Blank where the media caught him. Obviously, he was asked to comment on the no-voting. Akshay simply walked off and although it’s not audible, he seems to chide his staffer for letting media asking such questions! This further added to the criticism.

Apolitical Akshay Kumar’s angry reaction when a reporter asked him reason for not casting his vote. pic.twitter.com/tlycPwWmDh

Today, Akshay Kumar finally broke silence. In a statement, he said, “I really don’t understand the unwarranted interest and negativity about my citizenship. I have never hidden or denied that I hold a Canadian passport. It is also equally true that I have not visited Canada in the last seven years. I work in India, and pay all my taxes in India. While all these years, I have never needed to prove my love for India to anyone, I find it disappointing that my citizenship issue is constantly dragged into needless controversy, a matter that is personal, legal, non-political, and of no consequence to others. Lastly, I would like to continue contributing in my small way to the causes that I believe in and make India stronger and stronger.”

This statement has raised further questions and highly affected the credibility of Akshay Kumar. The second sentence of the statement – “I have never hidden or denied that I hold a Canadian passport” – is a white lie! He has been asked to comment on the same in the past. And mostly, his answer has been the same, that he just has an honorary Canadian citizenship. He tried to imply that he still holds an Indian passport and that a Canadian citizenship was simply conferred to him as an honour. Obviously that’s not the case and it has become clear now.

He further adds, “While all these years, I have never needed to prove my love for India to anyone, I find it disappointing that my citizenship issue is constantly dragged into needless controversy…”. By saying so, he’s trying to play innocent as if he doesn’t know that this is just a reaction to the hypocrisy played by his admirers. This bunch of people is BJP fans or their workers who have always hailed him and used his image of a ‘true Indian’ to diss other actors. He was completely silent when they used him to take potshots at the three Khans and questioned their love for India. Today, Shah Rukh Khan, Salman Khan and Aamir Khan have all voted. Aamir has even gone on to say that he’ll die in India too. Akshay meanwhile has made it clear that he’ll shift, after retirement, to his home in Toronto!

The question that arises is – where are the BJP and Akshay fans now? Since the voting day, they have been trying to hide face. Some of them did give feeble defensive replies like ‘it’s still not clear whether he’s Canadian’, ‘it’s just an honorary post’ and ‘hasn’t he done so much for the country?’. Well, today it has become clear that he’s no longer an Indian citizen and it’s straight from the horse’s mouth. And these so-called nationalists don’t know where to look. Isn’t this plain hypocrisy and shamelessness? If it were the Khans or Swara Bhasker and if they had accepted Canadian citizenship, these people would have made their lives hell with their organized trolling. After all, the Khans and other liberal actors are anti-nationals as per this lot. Also, Congress former president Sonia Gandhi, who was born in Italy but is in Indian citizen since 70s is still taunted as an Italian by these people. However, Akshay taking a Canadian citizenship isn’t an anti-India behaviour according to them!

And coming back to Akshay, I am astonished that such a smart actor could go wrong so horribly. It’s he who created the mess partly. What exactly was the need for him in 2017 to lie that he has an honorary citizenship? By then his image of being an ‘adarsh deshbhakt’ had already become strong. Didn’t he realize that there will be elections in future and that he won’t be able to vote? Didn’t he realize that when he won’t vote, a large section of people is going to notice and obviously question him? Didn’t he think even for a moment that by blatantly lying that he never hid about about his Canadian passport, his game will be up in a moment? After all, how long does it take for someone to find a 2-year-old video of him claiming about honorary citizenship and thereby expose him that he has lied? Also, the manner in which he ran away from the media was also such a fail. When actors are facing a tough time, they usually walk out to avoid answering any query. Akshay, meanwhile, stood proudly in front of the press at a time when him not voting was a big talking point everywhere. If he didn’t have any answer then, he could have simply walked off before. By allowing the journalist to ask the question and then not answering looked very bad and someone like him with years of experience in public life should have known that!

ALSO READ: Akshay Kumar Canadian citizenship row: The joke is on his fans who call him true Indian but consider 3 Khans a traitor

I still maintain that for me, he’s one of the all-time favourite actors along with Shah Rukh Khan and Aamir Khan. In the past few years, he has been a part of some excellent films and undertaken some very commendable work like making menstruation conversations normal, spreading the idea of sanitation and helping families of martyrs. However, the Canadian citizenship row is where he faltered big time and hence it was important to call him out and more than that, his hypocritical fans!