Fast & Furious 7 is one of the highly successful Hollywood releases in India. Released in 2015, what many people don’t remember that it released on a Thursday and not a Friday. Now this is not an unusual phenomenon. A lot of films get released on a Thursday, even Wednesday but that’s because it’s a holiday on that day. This ensures that the film has a huge opening and can earn as much as possible on the holiday day.

But Fast & Furious 7 released on Thursday April 2 when there was no Holiday. Friday April 3 was a Good Friday holiday though. Many films have have released on non-Holiday Thursday but shows would commence only after 6 pm – it’s popularly called paid previews. But Fast & Furious 7 didn’t have paid previews – it had a full release with shows commencing from morning itself. A lot of people then had wondered the logic behind this move. The Hollywood film clashed with the Hindi detective flick Detective Byomkesh Bakshy. But it had a conventional release on a Friday.

The move paid off however. Despite releasing on a working day and a Thursday, Fast & Furious 7 broke all opening day records for a Hollywood film. It earned nearly Rs 12 crore which was huge! 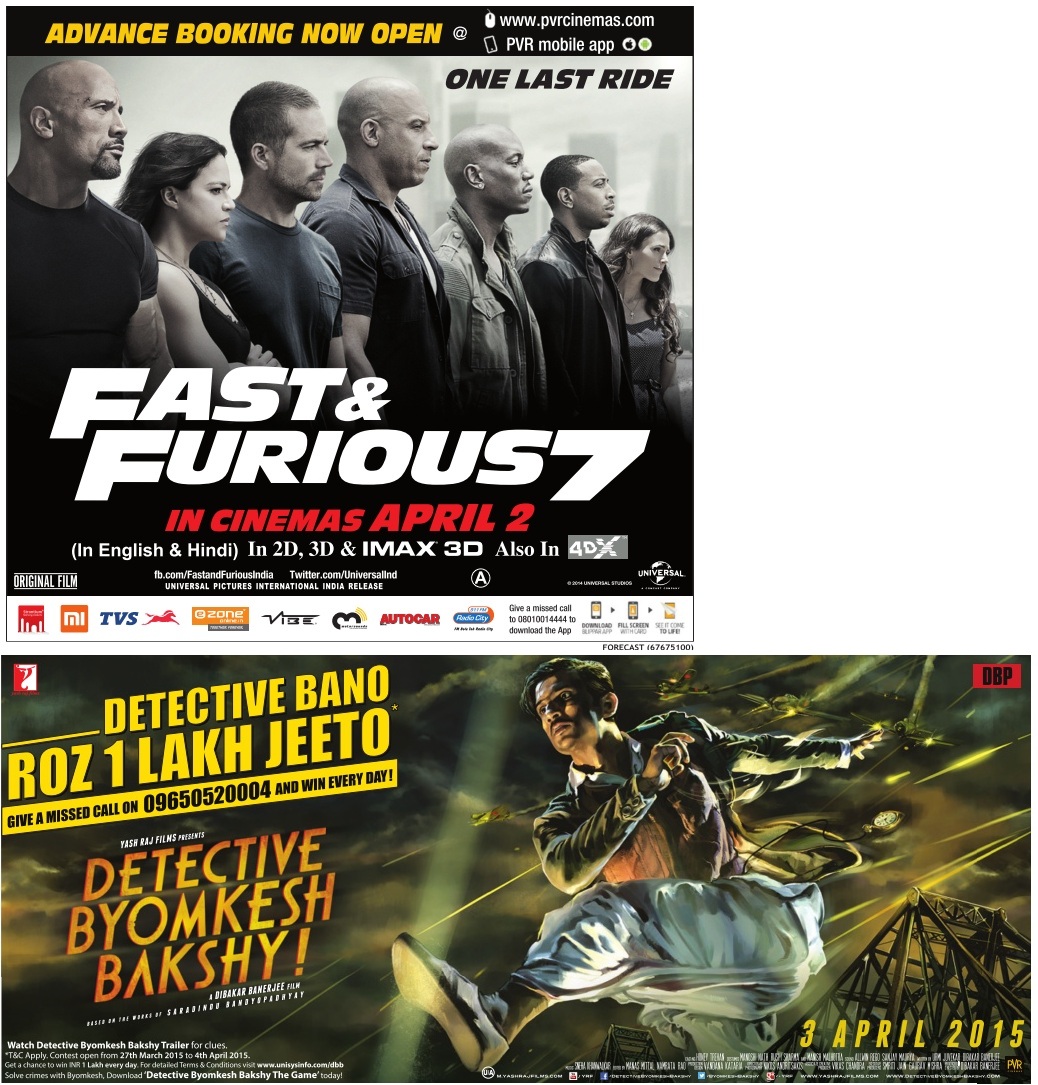 Now Kaabil & Raees are set to do something similar. As we all know by now, both films are set to clash on Republic Day weekend. But Kaabil makers thought of earning a little more and hence announced that their shows will commence from January 25th evening onwards and the film will then had a full release from January 26 morning. Not wanting to be left behind, Raees makers said that their shows will have shows in the morning of January 25. Gradually, it emerged that Raees will not just have shows in the morning, it will have shows later in the day too. Kaabil makers too decided to jump into the bandwagon and made it clear that even their film, like Raees, will have a full release on January 25.

A section of industry and trade however was slumped by this development. After all, the idea to release the film on a holiday is to ensure that the film gets a record opening and rake in as much money before the word of mouth gets spread. On a Wednesday, this might be difficult to achieve though collections will see an upswing from 4-5 pm onwards. And if the response to any film is bad, it can spell doom for the film as the film won’t manage to really make a mark on the lucrative Holiday day (January 26).

But if both films are good and makers are confident, then they need not worry, as proven by Fast & Furious 7. Yes, the films will not have opening-day record collections (which was anyways ruled out thanks to the clash). But even if both films can manage to earn in the 15-20 crore range on January 25th, it will be a huge feat and it will get a chance to do better before collections come in, in hordes, from January 26.

Here’s hoping both films manage to make a mark and impress audiences and succeed on a non-Holiday Wednesday, just like Fast & Furious 7!