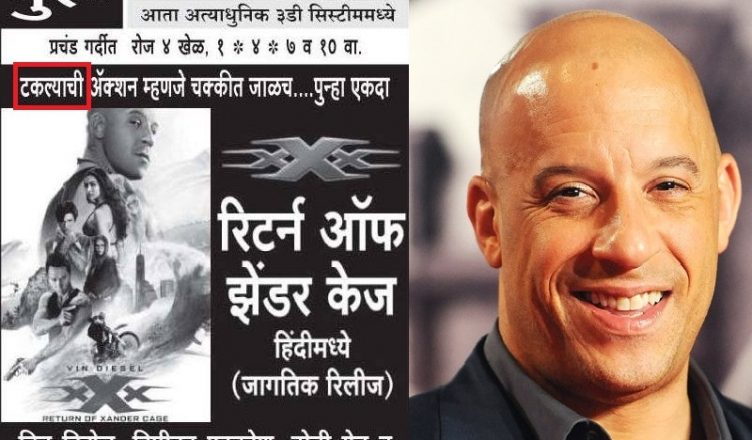 It’s not uncommon to find ads of theatres in newspapers. These ads boast about the latest films playing in their cinemas. While most such ads don’t mention much except the poster, name of the theatre, show timings, ticket rates, facilities (AC or air cooled), contact details etc, some theatres try to be creative and add interesting captions. Most of them are simple like for instance ‘Shah Rukh Khan’s latest super-hit film…now showing’. But Guru Talkies in the town of Ichalkaranji, Maharashtra went all out. 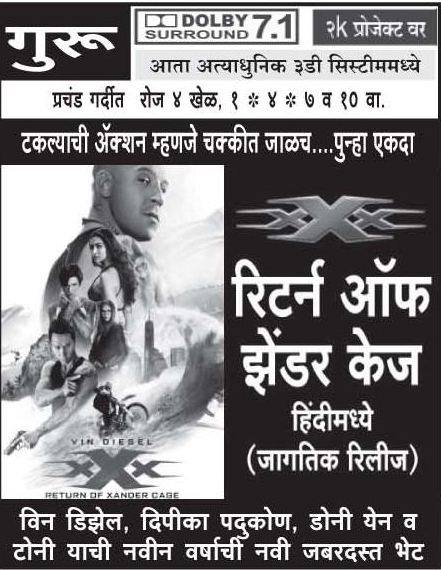 It is quite amusing as well as shocking to know that the actor is referred to in a very derogatory way. Agreed that this is what many in India call Vin Diesel. The following tweet sums it all:

No matter how much #VinDiesel has achieved, For Indians he will always be “Fast and Furious vala takla”

Yet, this doesn’t mean that the management of the single screen theatre can call Vin Diesel a ‘takla’ in a newspaper ad – there has to be some basic common sense and respect after all. And what’s unfortunate is that this is not a case of small town mentality. Even in a city like Mumbai, Vin was insulted when he left from the Mumbai airport. Check out the video below that shows Vin Diesel being called ‘Aye Takle’ by a photographer or a cameraman.

Vin Diesel is one of the most successful actors of the world. He came to India with a lot of happiness and he was floored by the hospitality and reception. He spoke about it generously and will in future too. But a section of the country on the other hand insults him just because he has no hair on his head? Clearly, India needs to lot of learn a lot of basic manners!