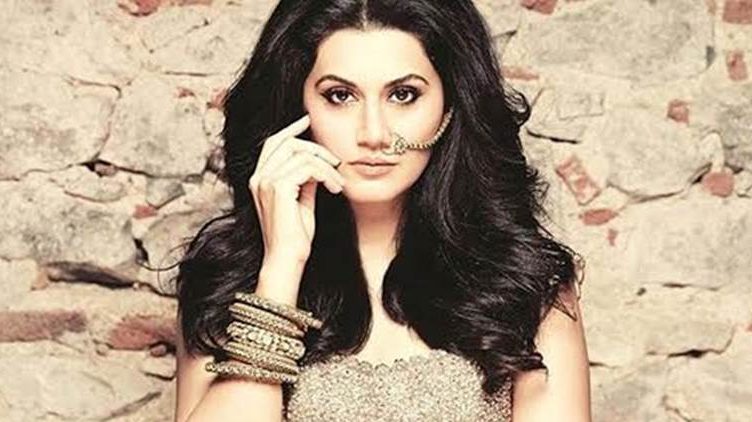 Taapsee Pannu has been in the news more for being a part of what was called a prequel to Baby, than for her upcoming film Pink. Reports also claimed that the film will be called Meera, based on her character. Many were surprised by this piece of news since she was called Priya in Baby. Taapsee however sets the record straight by saying that she is doing Meera but it’s not a prequel to Baby. She however admits that reports of Manoj Bajpayee and Prithviraj being a part and Akshay doing a cameo are indeed true.

The topic then veers towards Pink obviously. The film is based in Delhi and deals with a molestation case. Tapsee, who’s also from the Capital, shares that she was groped on few occasions when she had just entered college. So scared was she of the consequences that she didn’t even dare to look at the person who misbehaved with her.

Taapsee admits that she was uncomfortable doing the scene where Amitabh Bachchan, who plays the defence lawyer, asks her if she is a virgin. She thanks producer Shoojit Sircar for not pushing her too much and allowing her to react spontaneously. Her improvisation helped a lot in the said ‘Are you a virgin scene’. Taapsee was expected to say ‘No’ to Big B’s question but she simply nodded her head. Big B instead of letting it go went with the flow, raised his voice and asked ‘Yes or No’.

Taapsee remembers a crucial scene which was 13 page long and was shot in one take. It involved Big B and Piyush Mishra interrogating her in a court full of people. After the shot, everyone broke into applause and Amitabh even hugged her. During the shoot, she confided to Big B that she liked one of his hair sprays. The ever generous Big B gifted it to her. Taapsee says that this gift was important to her than any other trophy.

Besides Pink and Meera, Taapsee also has in her kitty Tadka, Prakash Raj’s Hindi directorial debut co-starring Nana Patekar, Ali Fazal and Shriya Saran. In the film, she and Shriya are roommates and as part of the prep, both hung out together and went for dinner before starting the shoot. The other movie is Ghazi, co-starring Rana Daggubati. It’s a war drama and she plays a Bangladeshi refugee.

And what about her long completed film, Running Shaadi.com, with Amit Sadh as co-star and Shoojit Sircar as producer? The actress admits that there’s a right time for everything and she is hopeful it’ll release soon. She’s also hopeful her film with Ayushmann Khurrana, Agra Ka Dabra, goes on floors soon.