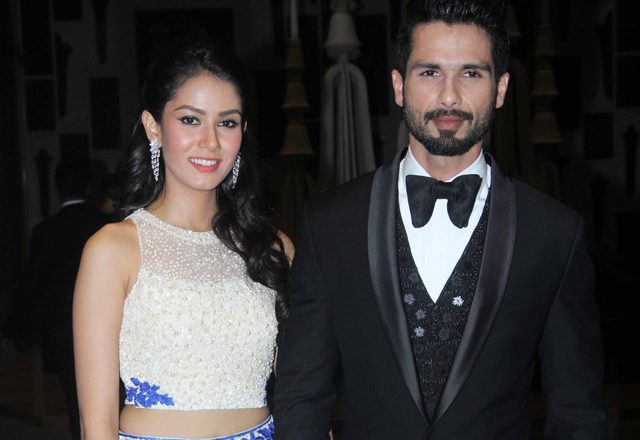 Shahid Kapoor is finally a father. Mira Rajput, who married Shahid last year in July, delivered a healthy 2.8 kg girl on Friday August 26 at Hinduja Healthcare Surgical in Khar, Mumbai at around 8 pm. It was a normal delivery and Dr Kiran S Coelho was at the helm.

Mira complained of labour pains on Friday noon and that’s when she was rushed to the hospital. She had insisted on a normal delivery and Shahid fully supported her decision. Sources said that Shahid had tears in his eyes when he held his daughter for the first time. Shahid’s parents Supriya and Pankaj Kapur also rushed to the hospital at noon while Mira’s parents rushed from Delhi and made it in time before the delivery.

Mira will be in hospital for the next 3 days, reportedly. Once she’s home, Shahid will be there throughout to take care of the daughter and the mother. The actor is on a paternity leave and has not signed any film. His only pending release is Vishal Bhardwaj’s period drama Rangoon and it’s shoot is completed. The film is releasing in February 2017. Earlier this year, Shahid was a part of Udta Punjab that released in June. After completing its promotions, Shahid was on a break and attended to pregnant Mira. The paternity leave extends to September next year after which he’ll reportedly sign his next.